When we arrived at the airport on Monday June 22nd everyone was eagerly anticipating the next two weeks in Spain. As my students said their goodbyes, so did I, and we were off! Our 31 person group was split because of its size and 2/3 went American Airlines and the other 1/3 {my group} went US Airways. Everyone made it through security unscathed, and all we had to do was wait for our departing time. As 1 p.m rolled around we all got super antsy...in just a few short hours we would be in Spain. Or so we thought. Unfortunately {and maybe fortunately to be honest} our airplane had mechanical issues and we had to get off of the plane. They promised us that they're were working on it and would have us out and about in no time. Well, as the minutes passed by, our progress stalled. No maintenance man=canceled flight. Canceled flight=No Spain. 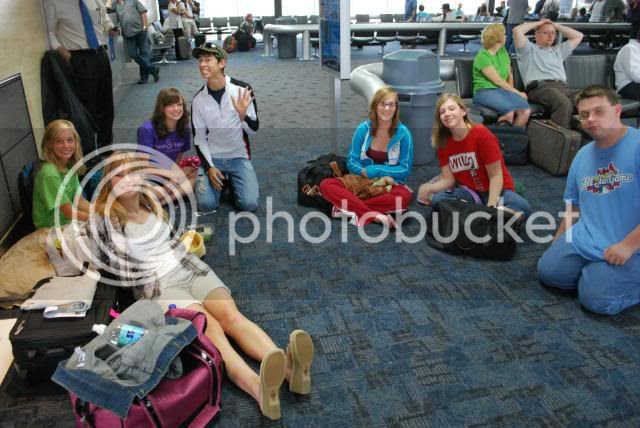 To say the very least, we were extremely bummed. I handled it as well as I could, even though I wanted to cry. Here I had 7 students in St. Louis so excited to be going to Spain and we were stuck in our own city, after spending the whole day in the airport. The best US Airways could do was get us on a super early flight the next day, which would put us in Philly for our connecting flight for nearly 8 hours, before eventually heading to Madrid. My friends, Jeannie and Sarah, the only other adults on the trip helped arrange food vouchers and hotel accommodations and we decided to make the most out of a sucky situation. With a little haggling {they originally wanted us all to go home--even though we had a group of minors who couldn't all drive} they succumbed to some rooms at the nearby Hilton. 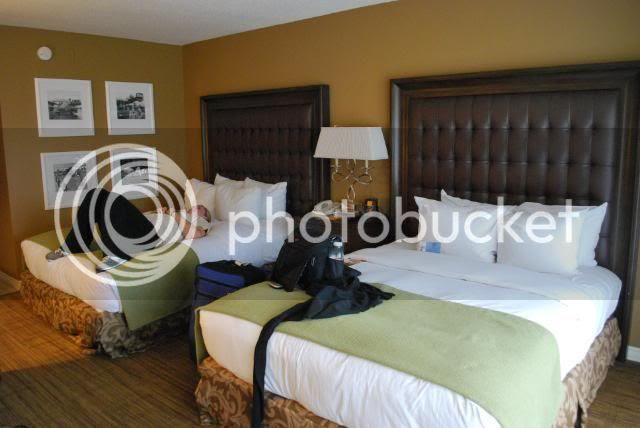 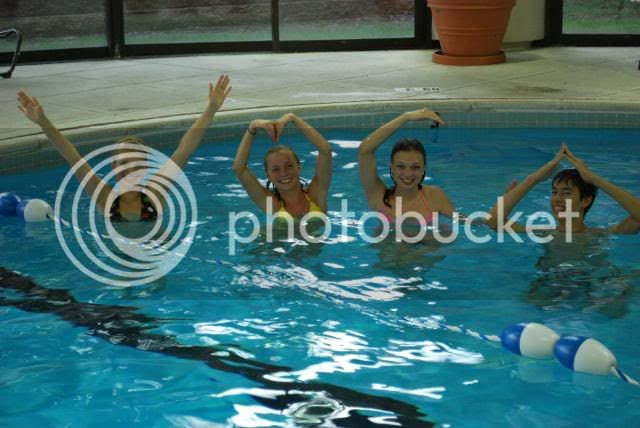 It had some comfy rooms, a pool, and the internet so we at least slept in style before trying to fly out yet again, the next morning. And, when the morning rolled around we all left the hotel at 5:30 a.m., took a shuttle to the airport, relived our stroll through security and made the flight to Philly. The rest of the day was spent in the Philly airport and then we eventually boarded the plane to Madrid! We landed and went through all the formalities and had to start a complete day of touring.

This day may have been the most tired I have ever felt in my life! More to come and pics to see!

Which travel company did you use?

Oh the joy of traveling! There is always some unexpected change of plans. But it looks like the kids enjoyed their stay for the night. Cant wait to see all your amazing photos.

Ugh! What a pain! Looks like everyone kept an optimistic outlook though. Nothing a little synchronized swimming can't cure. =]

So happy to have you back, joi-joi!

Ummm...let me comment that this scared the bejeezus out of me! As we got off the flight and expected to see your group and our tour leader said, "They're not here, there were problems with the plane." I imagined all sorts of horrible things, such as 2 of my best friends scattered all over the earth. What a crappy day!

Awww, that sucked! But those kids looked like they had a freaking blast at the hoetl! :)