For the past couple of years the mister and I have been taking a day trip up to IKEA to stock up on some goodies during right before school starts...kinda like one last hurrah.

In the past two years we have been accompanied by my brother and sister-in-law but they couldn't go because they had other plans...something like a Hawaii vacay. I mean, come on, lame excuse. But really, Maui, I miss you.

Anyhoo, David is a peach for driving us up to the IKEA because just the drive alone is anywhere from 7-8 hours roundtrip. I know, he's a saint to put up with me.

This year I had one main thing I wanted and that was the black and white striped rug. I almost walked away empty-handed but happened to see it while rounding the corner. David would've never let me down if we drove all the way up to IKEA just to eat Swedish meatballs and get my favorite cookies.

We haven't put the rug down just yet, but I'll be sure to take some pictures when we do. It is very similar to the black and white rug that we have in the living room now but it is a little bigger and has less white [at least less big stripes of white], which is a definite plus for my blueberry-eatin' toddler.  So many blue finger prints everywhere.  Help me.

I, also, for the first time in years and years, came across a fiddle leaf fig at an IKEA! 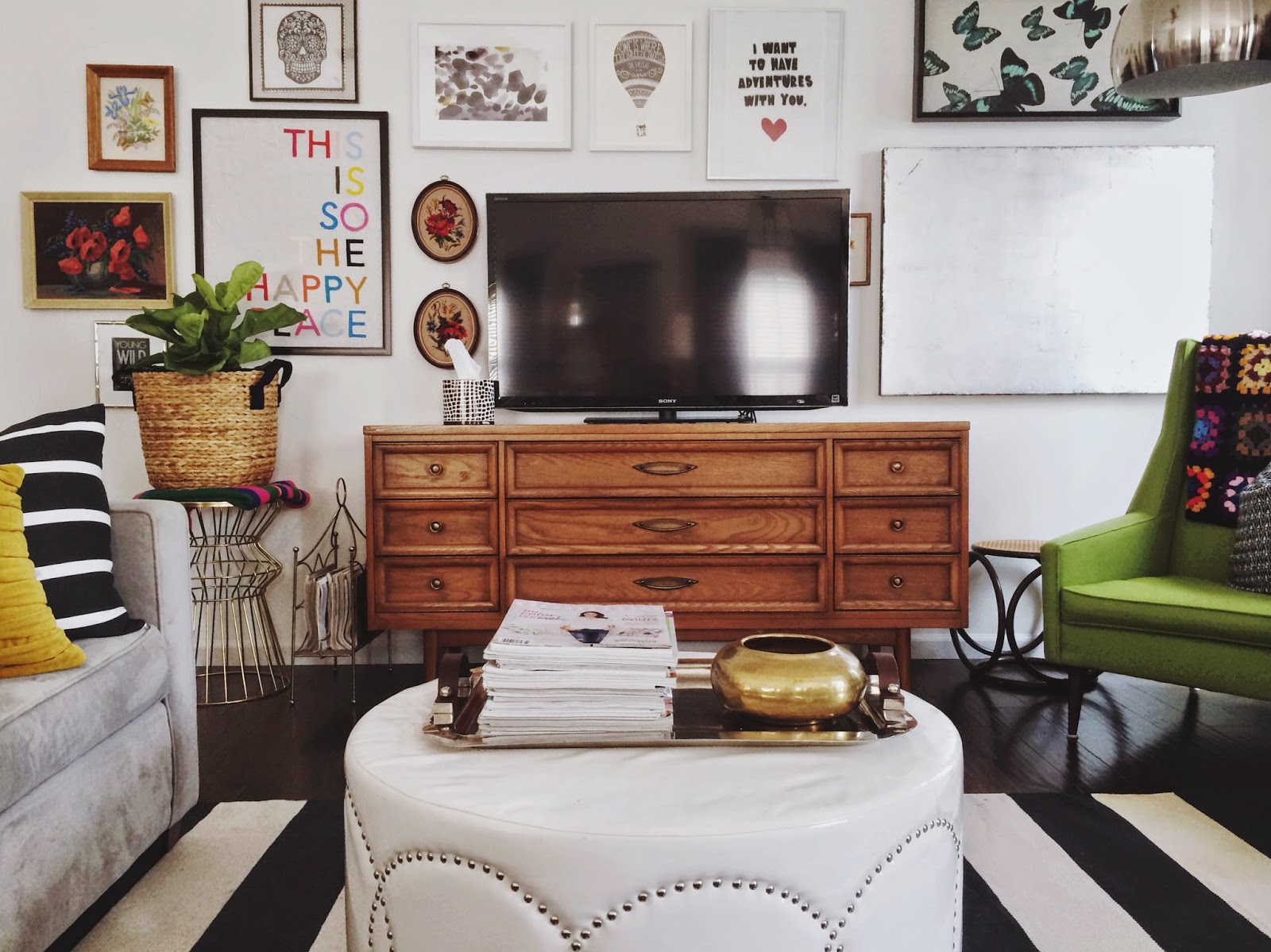 I was super pumped because the one I scored randomly from Wal-Mart earlier in the year only has two leaves to its name. Yikes. It IS still living though so I'll take it!

I also scooped up this basket for it and the simple black piping and handles made me instantly love it! 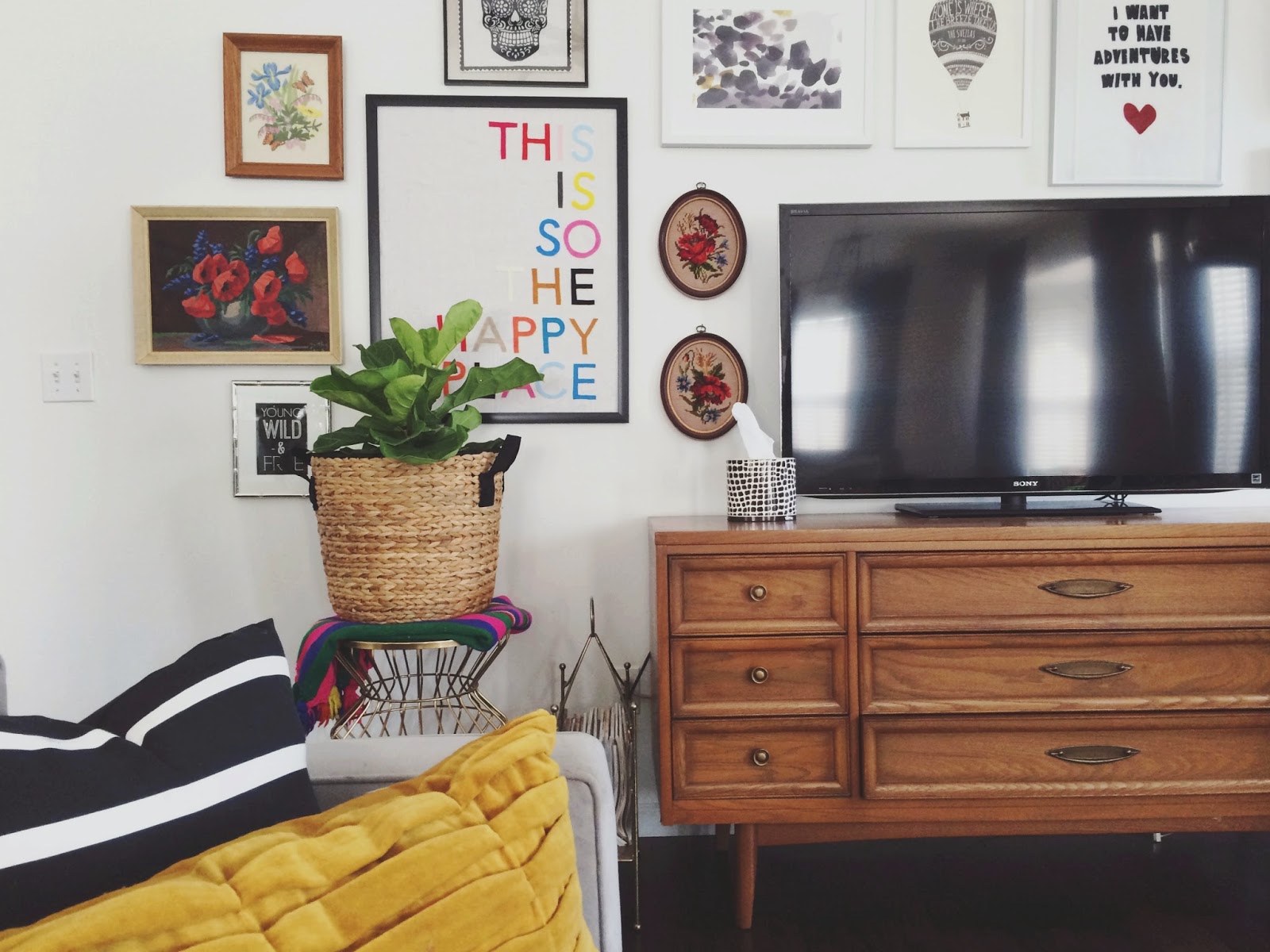 While we're sizing this pic up, I recently added two new-to-me 50 cent thrifted needlepoints to the wall and they fit perfectly in the space. Plus, it's been forever since I've had Kleenex in the house but this Isaac Mizrahi designed box is perfect for our space! I finally found them at Wal-Mart of all places. I have the pink rose one, too, but it's at school.

We also got some storage for my craft room -- if I ever get around to organizing it -- and we picked up two prints that I first spotted in the Young House Love show home. 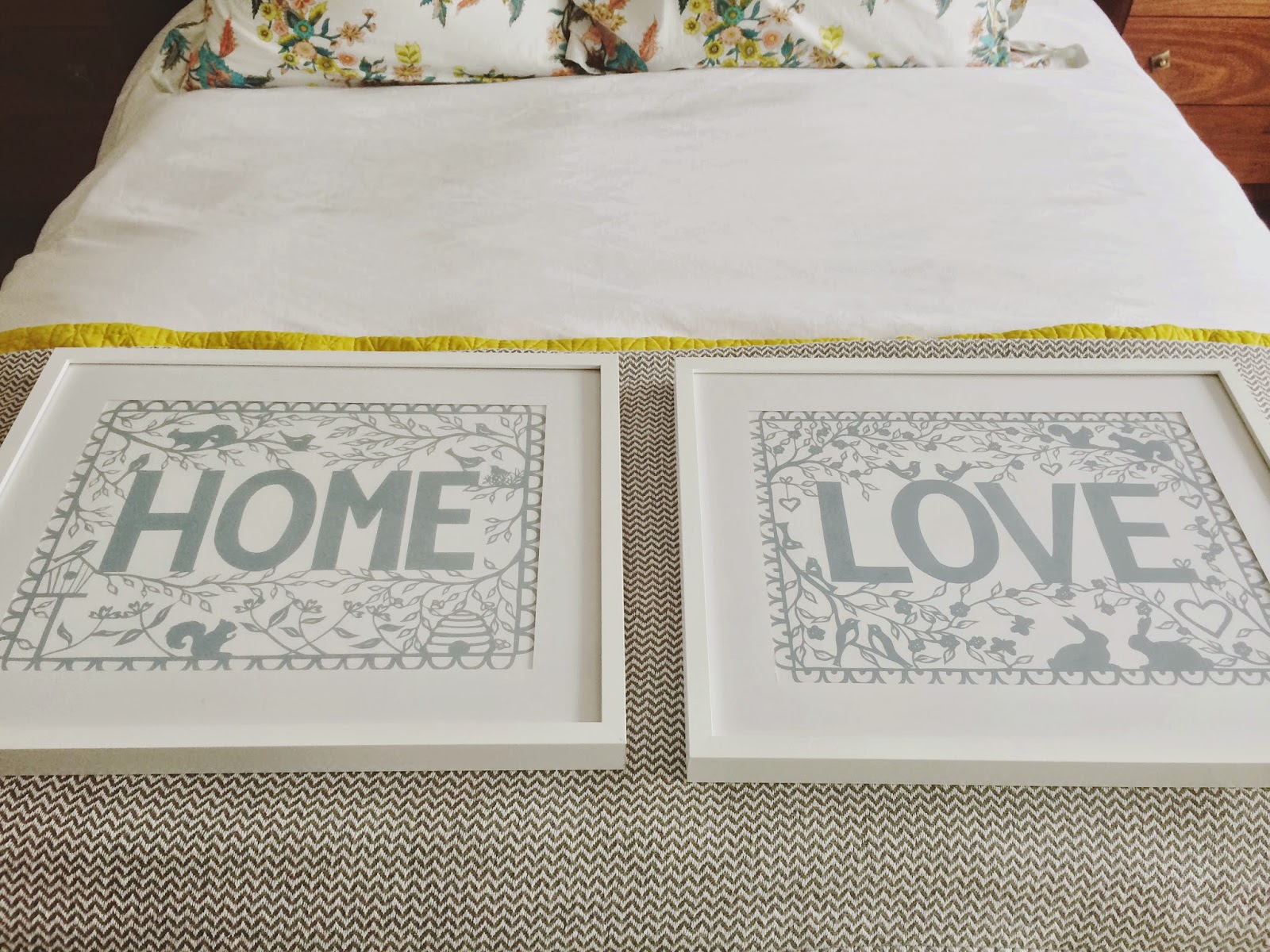 I'm not sold on where I want to put them just yet, but I think I've got an idea. Once they're up, I'll take some pics!

We rounded our day out at some thrift shops [Of course! I'm addicted, I think] and made a pit stop at Carter's where they are stepping up their game in a BIG way.  Kudos to them! 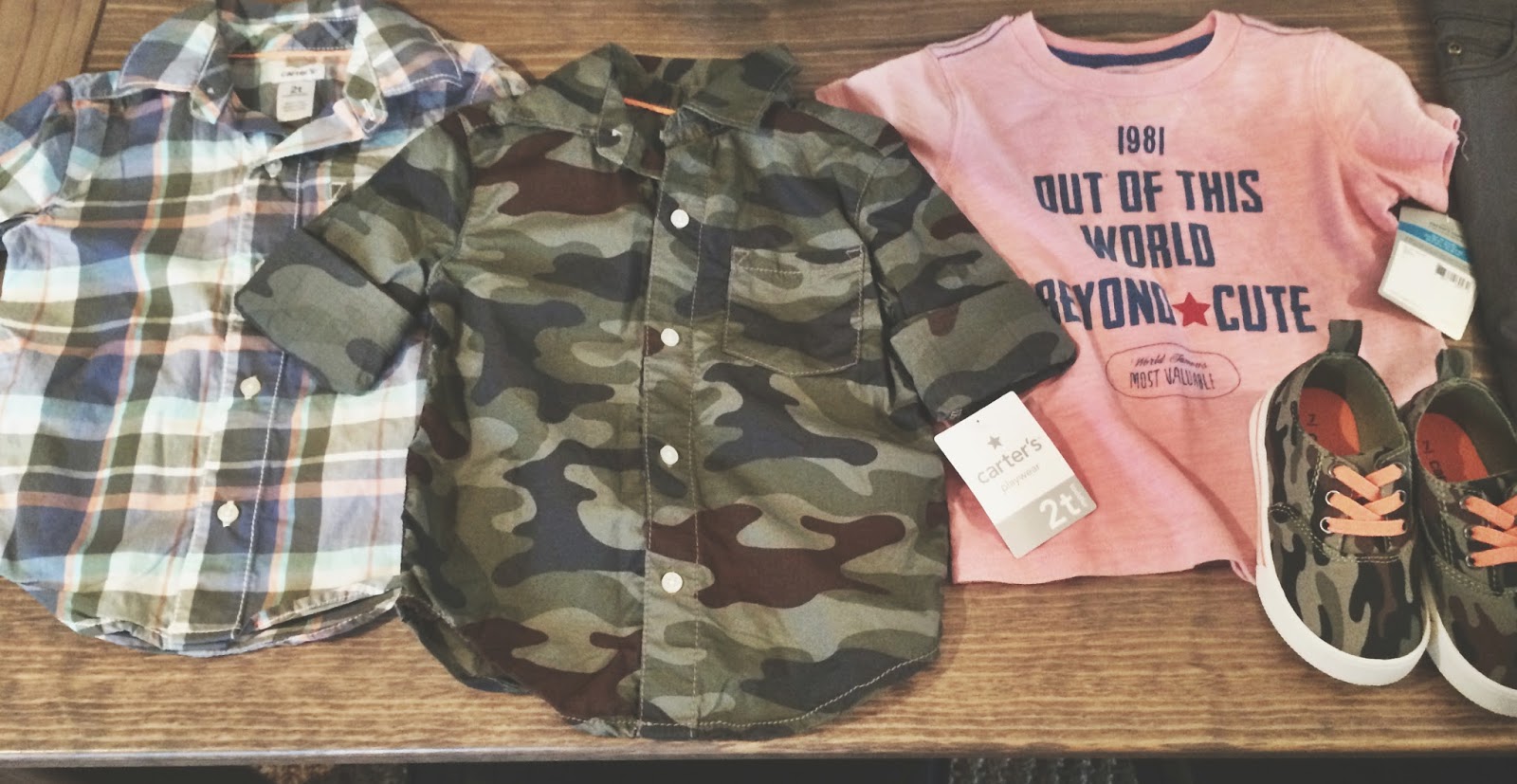 So that's it! School's getting ready to start and no matter how much I'd love summer to linger on I gotta get to working!

Have you guys been to IKEA or Carter's lately? Any fun finds?

I just ordered the new IKEA catalog and dropped some cash at Carter's the other day. You are right--they are on their game!

It is so sad that you have to drive 7-8 hours roundtrip for Ikea. I have 3 within 30 minutes. Though they are always INSANE and I often dread going...

We have the black and white rug and it is only now starting to look like it needs replacing. Upside to it is that it is reversible so use the crap out of one side and then flip it! haha

Great finds, love your style!! We made a trip to Ikea to get the Hemnes dresser in grey for our nursery, to find out that color has been discontinued.. ?!?! Ended up going with white stain, we'll make it work, but I was pretty dang bummed.

Your house just makes me so happy! And so does that fiddle leaf fig! ;)

Sounds like an epic trip! Love those prints and your television wall looks so great.

The things are husbands do for us, tottally means true love!! I live about 20mins for one, so if you have need anything email me and I'd be happy to pick it on my next stop in there :)

I totally take for granted that I have an Ikea about an hour away from me. 7-8 Hours, yikes!

And it was a RARE occasion but I also found my one and only living fiddle leaf tree at Ikea as well. However, I have not seen them in stock since.

We take 8 hour day trips to ikea too! I've not gone since May, but we're heading back in about 2 weeks. Loving your progress!