Hiya guys! Life has been so dang fun lately.  We've been having a blast enjoying the cool, crisp fall weather with Theron, friends, and our families.

The other weekend our best friends came to visit with their two boys [both younger and older than Theron] and it was so fun to be around all of them.  For the longest time I always said Theron would be a forever only child because of how much he screamed in his first year, but seeing him with other kids has made me realize that I might have been wrong. Who knows! I'm usually hesitant to say I'm wrong [stupid stubbornness} but I was wrong.

I met my best friend, Cori, back at SIUE and she became a fast friend. We have practically the same interests and many people mistake us for sisters.  Our bond has only strengthened over time with our marriages and babies.  She gets it. You know? 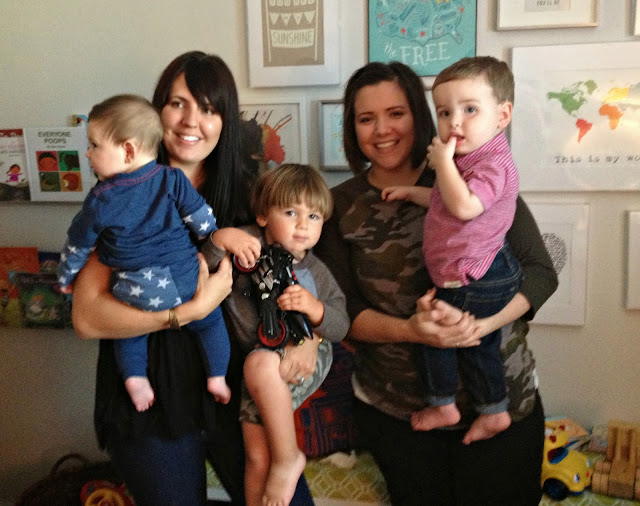 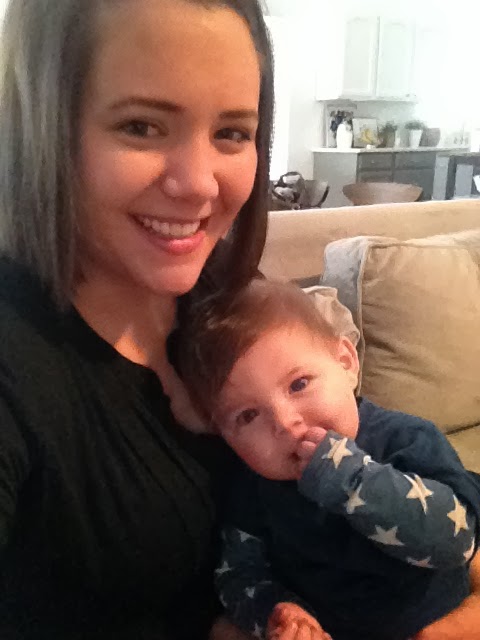 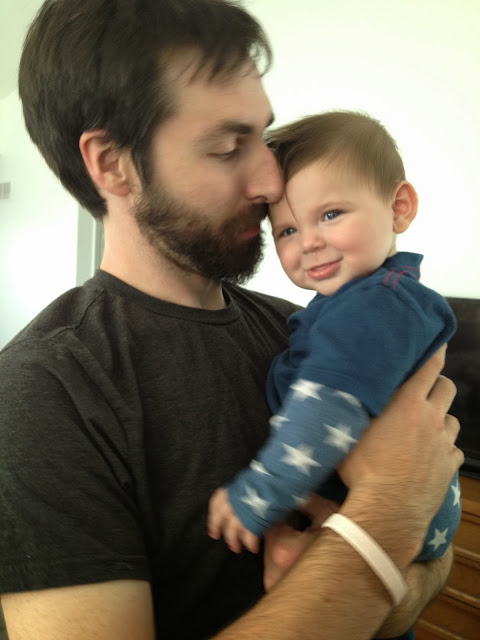 We had a blast taking the boys to the Little Gym where we, of course, put them in matching shirts. 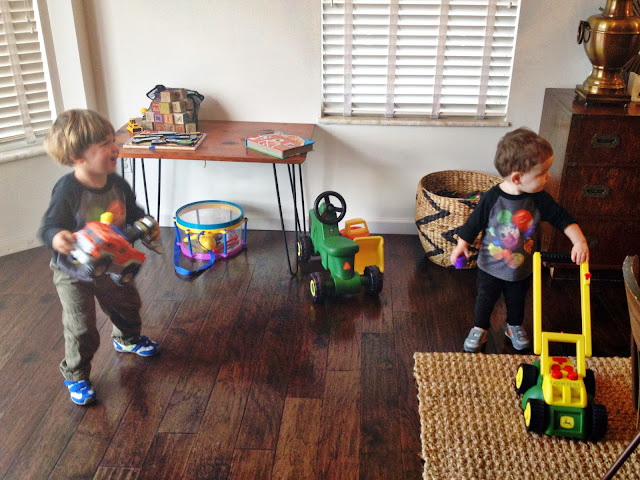 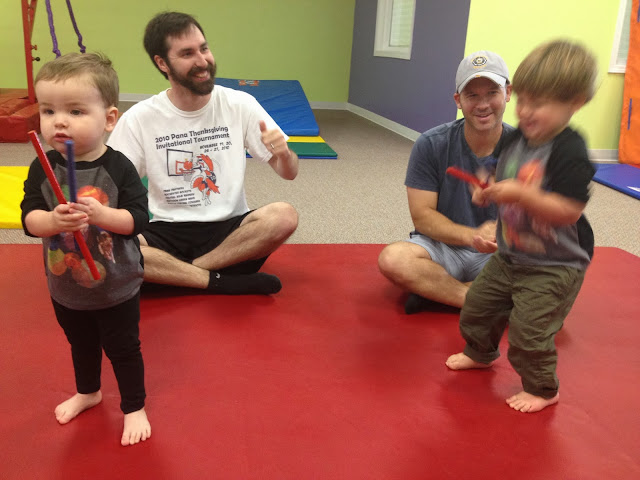 Ethan LOVED it [as evidenced by the blurry jumping pic!] and I loved watching them together. I so wish we all lived closer! We got to grab some breakfast at Bread Co. and Cor & I hit the town with the littlest while the big boys headed back for some rest! 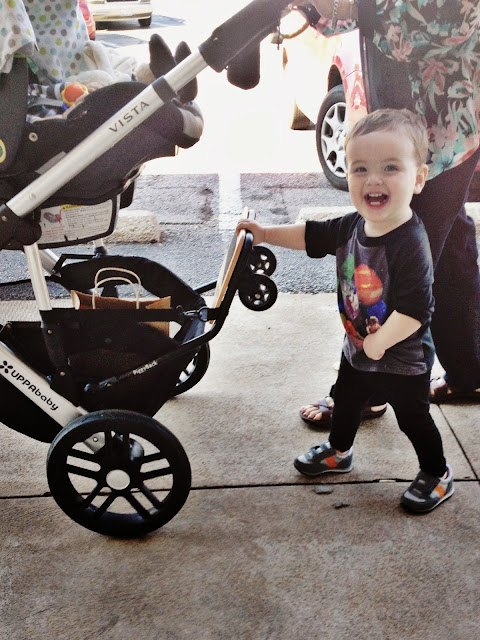 Her youngest, Tate, is like a dream baby.  I mean, this kid coos and smiles all day long. If I had a Tate I may never stop having children.  You think I'm joking.  Cori and I kid that he's too good to be true...like one day he's going to wake up and switch personalities..haha! But, seriously, he's just the sweetest mild mannered little guy I have ever been around.  He gives me hope that not all babies scream for hours on end and months at at time. 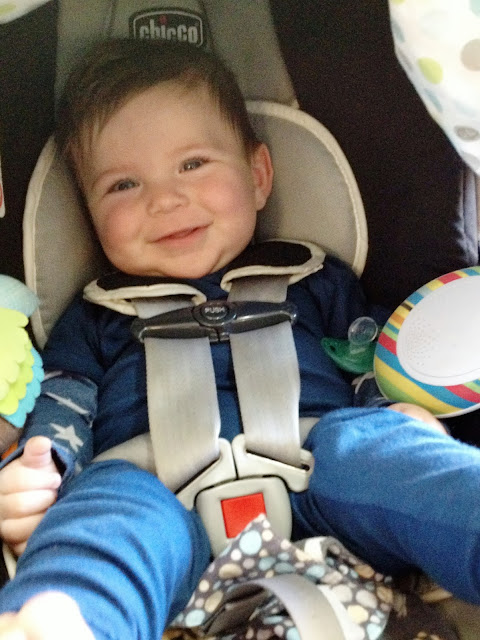 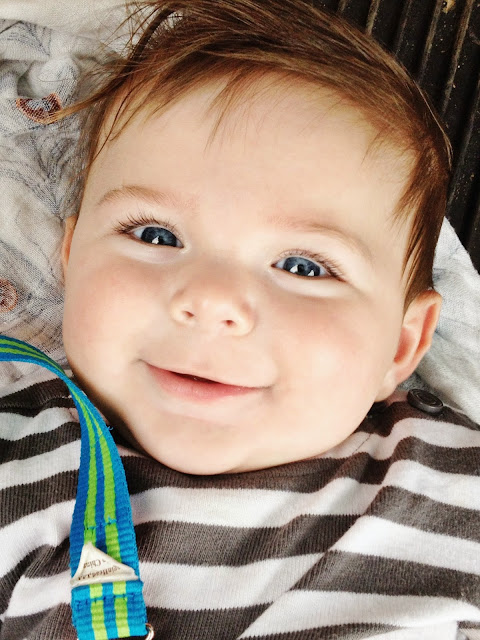 Cori and I did our fair share of retail damage and headed home after a full day.  On Saturday night we had to make a late night run for a "mo-co-co" so that Ethan could have one of his own.  He had went to bed paci-less and insisted on sleeping with Theron's motorcycle.  Naturally, Cori and I found ourselves out at nearly 10 p.m .picking up an identical version for E for the ride home the next day! The things we do for our kiddos. 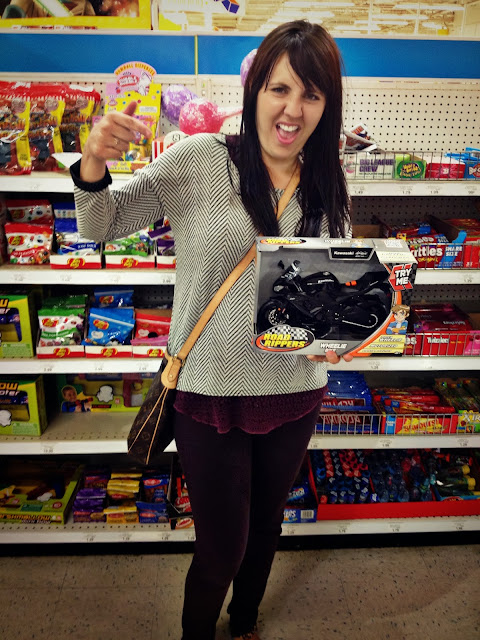 On Sunday we packed up the kiddos, in yet more matching homemade "Hiya!" shirts and headed out to the zoo.  {On a side note, Cori and I are seriously scheming ways to make it in the children's graphic t-shirt biz--like, dead serious! That's for another post all together!} 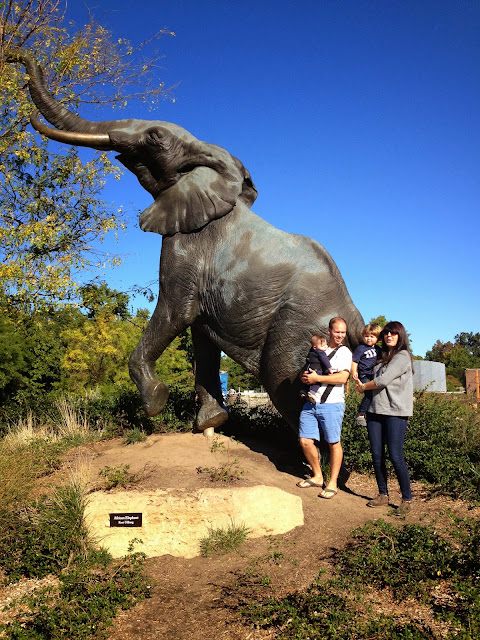 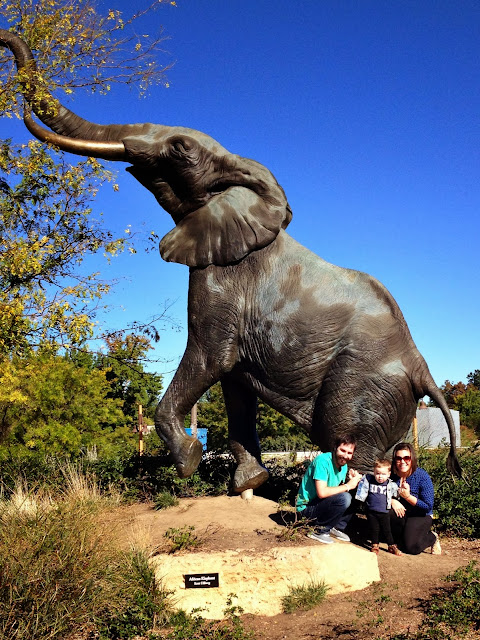 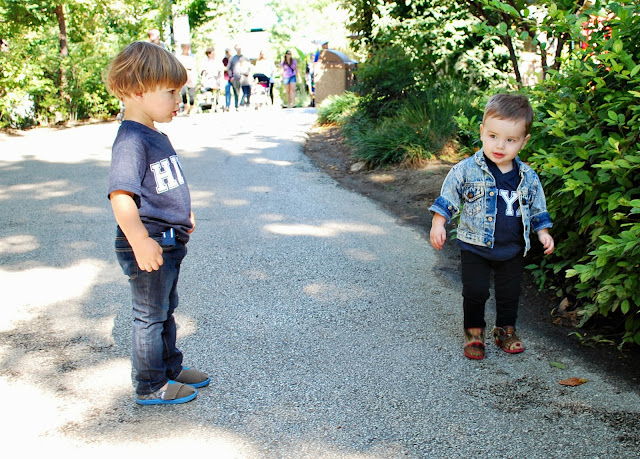 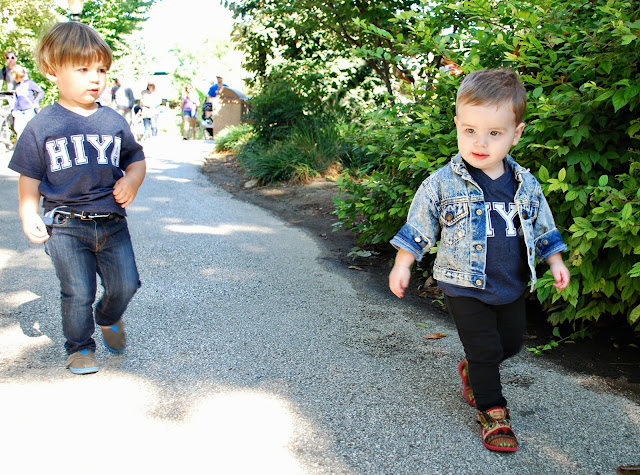 The day ended a little rocky after Theron insisted on screaming and only pushing his stroller.  He got into a funk, which put me in a funk, and we both ended up in tears. 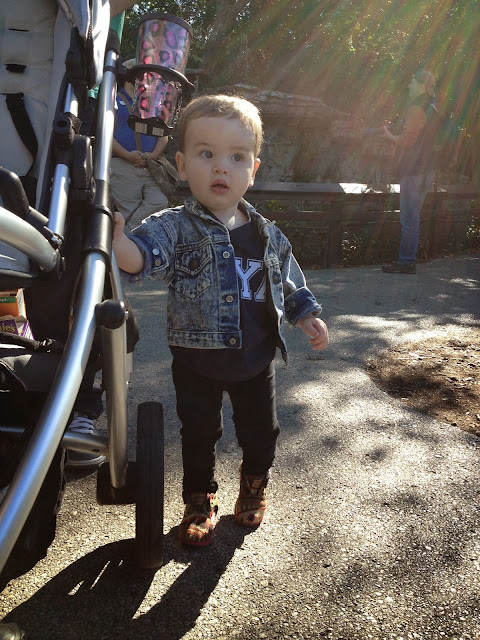 I don't like to cry ever, let alone in public.  Do you ever build up a day so much and expect your kid to love it only to be let down? Do you ever see other kids having a blast and then turn to your meltdowning toddler and think, "Ok, why?? Just why?"  I did.  And I now realize I put way too much pressure on him and me to enjoy something he just wasn't into at the moment.  He was over it, I was over him, and the day ended a little sour. 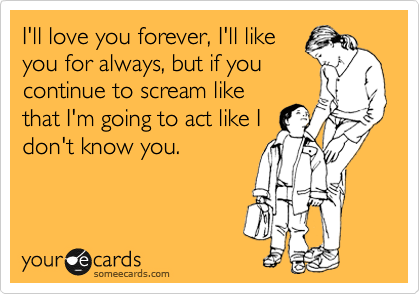 [This ecard has me laughing out loud every single time.  You've been there, mommas!]

Being a parent is tough.  Comparing your child to other people's children is overrated and I'm working on not doing it.  I don't always remember to, but I am a work in progress.  Thankfully, David was great and Cori & Brian had been there before.  What can ya do? There's bound to be many more meltdowns & letdowns and equally as many smiles & sweet surprises.  :-)

All in all, it was the perfect weekend with great friends that I wish lived right down the street instead of a state over.

Awww... I love the boys' matching outfits and it looks like it was a fun weekend, despite some lows.

It's really hard not to compare our kids to others. I love Henry, but my goodness he wears me out. And when I see kids sitting on their parents' laps being perfectly well behaved, I'll admit it's easy to get a little jealous. But, that spirit will be good for them in the future. I keep telling myself that, over and over.

Graphic tee, leopard legging, or moc biz, you two could definitely rule the world with whatever you put your mind too! Excited to see what comes out of your combined creative minds :)

I couldn't imagine life any other way! It's crazy and complicated but the highs are oh so worth it! Thanks for being you and being there through the ups and downs! God knew what he was doing back in 2001 :-)

Haven't we been saying the high-maintenance ones are the most gifted? ;-) I find myself comparing Quinn to other (calmer) kids, too. A sweet old lady the other day said to me: I think quiet kids are odd. HA!!!

That Cori sure is adorable, as are you, my friend!!! So amazing to have a friend like that who just 'gets' you. Love you gals. And I think we'd all be popping out bebes if we had a dream one like Tate first! ;-)

P.S. Hugs to you mama, I still have those days. I don't think it ever gets tons easier, we just get better at handling it. I hope.