The playroom is still chugging right long.  We encountered a little speedbump this weekend when David was hit pretty hard with a brutal sinus infection that had him laid up the entire weekend.  Fortunately, he's on some meds and is getting some rest so that hopefully his cough, sneezing, and runny nose will hit the road soon. I'm very thankful that his fever already broke because he seemed miserable with that.  He said he doesn't remember feeling so sick.  Poor guy.

Plus, our littlest love developed a pretty nasty cough this weekend so he hasn't been the world's happiest camper.  In fact, we're taking him to the doctor today to make sure he doesn't have anything serious.  He's almost 10 months old and this is his first real sickness -- it's just as hard as I imagined it would be for me.  I want him to feel a-ok and it breaks my heart to know he's uncomfortable.  I guess that's a mother's job.

But, back to the playroom--today we're talking window treatments.  When the room was used an office we had nearly ceiling to floor drapery.  They were floral, girly, and I loved them. 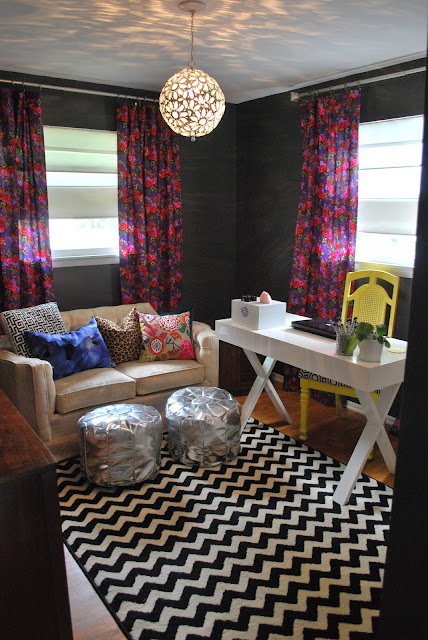 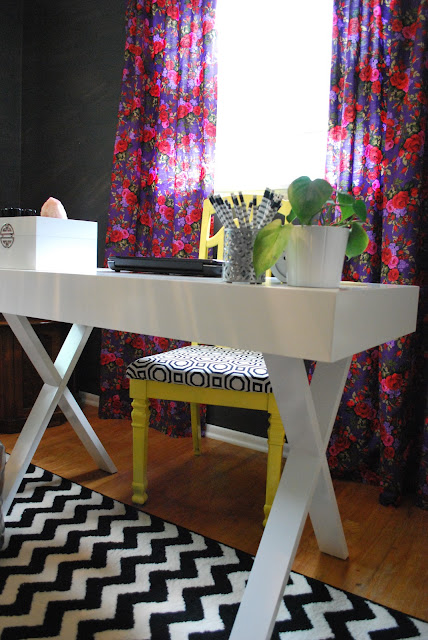 However, with our new custom built benches I didn't think drapes would look right behind them.  In fact, there wasn't any room for them. 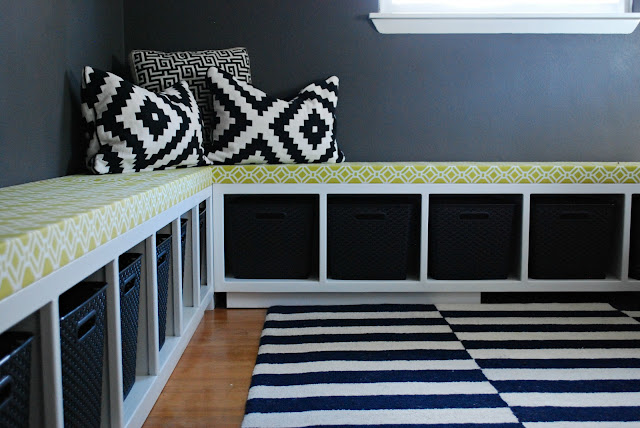 As I think you can see, the bench butts right up to the wall so ceiling to floor drapes wouldn't really make much sense.

Instead, I decided to order some fabric and make some no-sew roman shades.  As you can probably guess, I found a fabulous {and simple} tutorial for them on Pinterest: 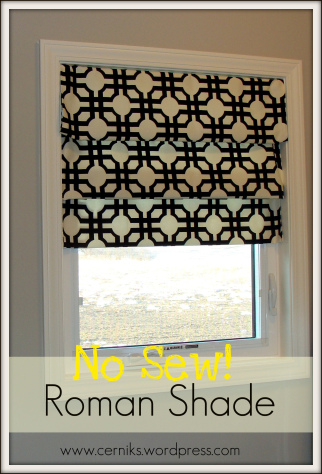 Whitney, as a guest blogger on Adrianne's blog, walks you through her tutorial with helpful pictures and to-the-point instructions.

After Ther-bear went to bed one night I measured out the fabric with my sweet husband's assistance and then used my old Target Roman shade as a guide for the width.  I followed Whitney's tutorial to a T.

Remember, these are no-sew shades so anyone who can cut and glue can rock these! 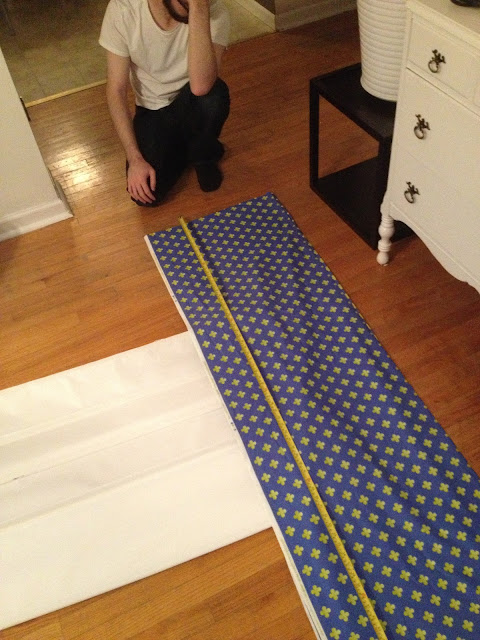 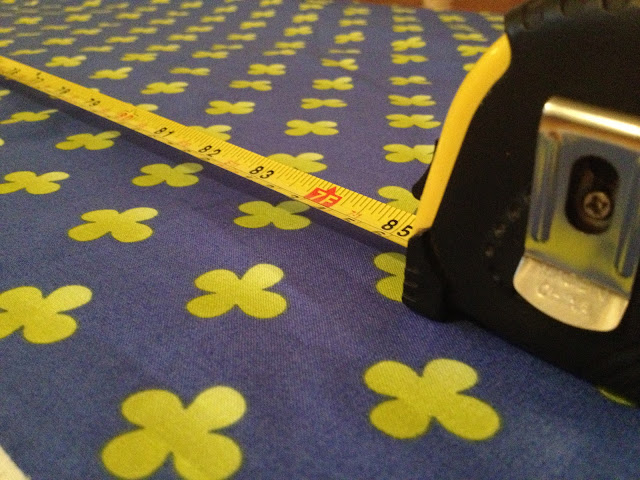 Here is one of the finished shades in T's playroom.  Please excuse the holes that need patched and painted from the previous drapery hardware. 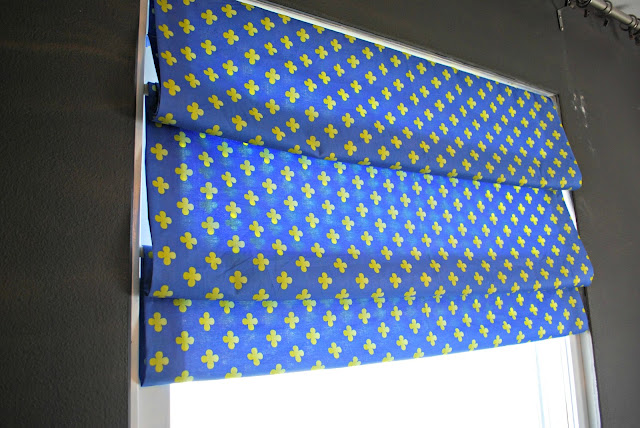 And here's a bigger shot of the room: 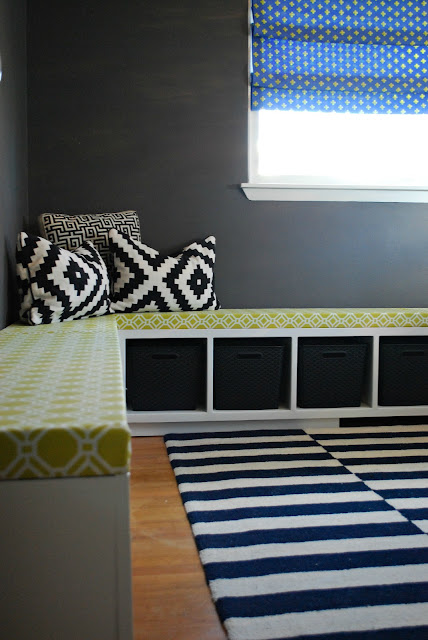 There is still a lot to be done, but I'm as pleased as can be about how it's coming along! I am still figuring out a color to paint the media unit and am gathering art inspiration for the walls.

And, for the life of me, I can't find any lighting I love.  Anyone have any suggestions?

They look great. I'm surprised by how crisp they look for not being sewed. A great tailored look.

Oh my gosh.. Pinning that tut now. I've been looking for something simple like that!

Where did you find these Target baskets nowadays for the benches? I need some and thought they were no where to be found!

I've wondered how well this would work as I've had that tutorial pinned as well. They look amazing! Thanks for the inspiration!

Kelly @ View Along the Way said...

They look fabulous! I need to tackle something like this in my half bath. I hope mine turn out as great as yours. (But I LOVE that floral fabric that was in your office before. You have amazing style!)

Love! I need to try this in the twins room! Adore the bench too! Fab!
xx

Thank you, thank you, thank you for posting this! I've been looking for a solution for an oddly sized window in my house, and this was perfect! I picked up supplies last night, and whipped this up so quickly. Perfect!

If you ever want to sell that desk... I'll buy it!