This past weekend was a very fun {& funny} one because two of my dear friends and I left St. Louie for Chi-Town. 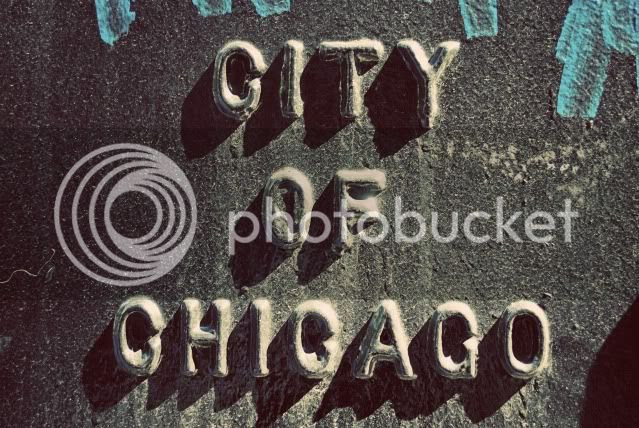 Melissa was a dear and planned the lodging and offered to drive! She's a saint because I'm not an aggressive driver at all and Chicago drivers would probably eat me alive. Those who know me in real life know how true this is
We left last Friday right after school and when we arrived {thanks to Ms. Gladys (my GPS)} we headed straight to Gino's Pizza for some deep dish! 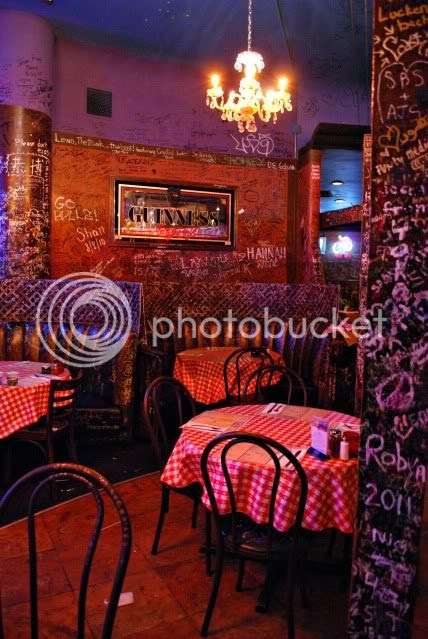 It was tasty pasty and I was in love. I ate two pieces like it was nothing...I must've been hungry because you all know how much two pieces of deep dish pizza is! Since we all had worked a full school week {we're all teachers!} we went back to the hotel and went straight to bed.
Saturday morning we woke up fairly early and took a stroll to Millineum Park to check out the bean and the city art. 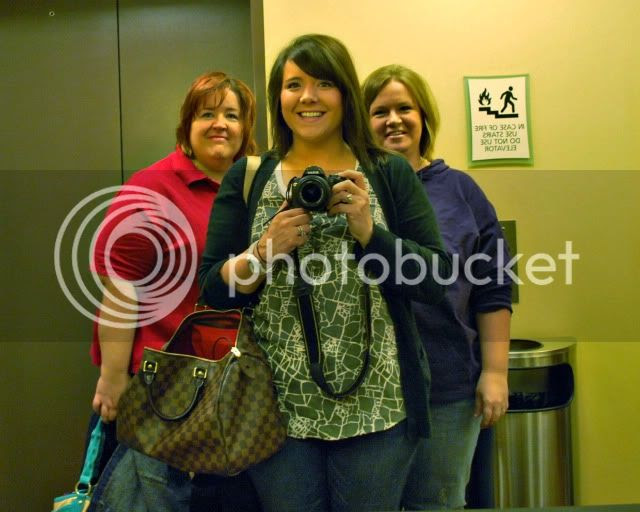 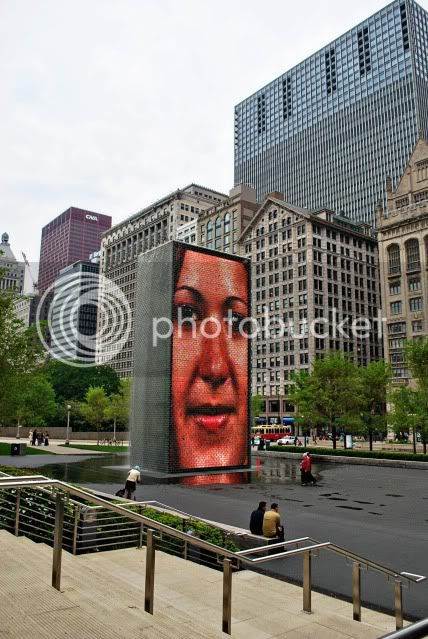 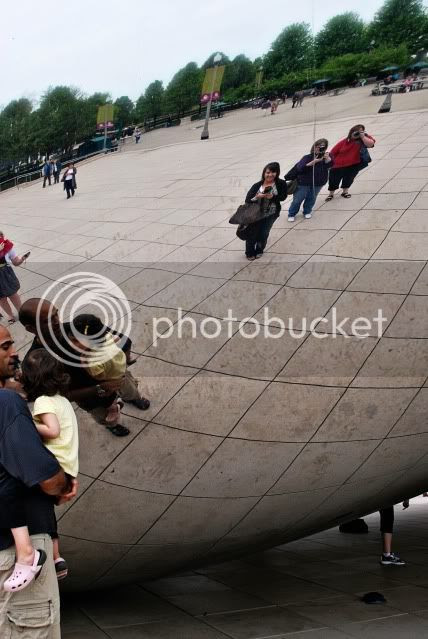 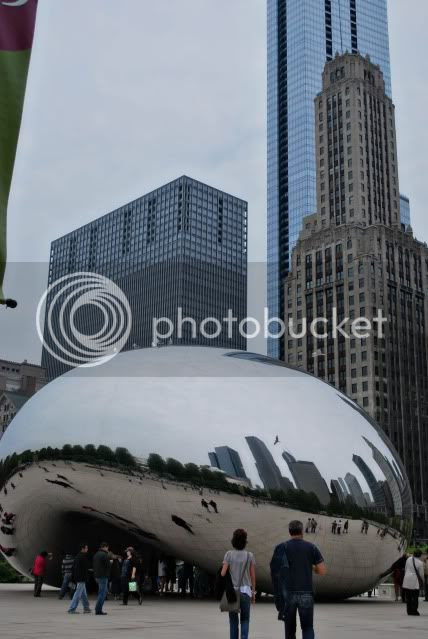 Later we took a cab ride {oh those are always an adventure!} to Navy Pier and strolled the whole thing. 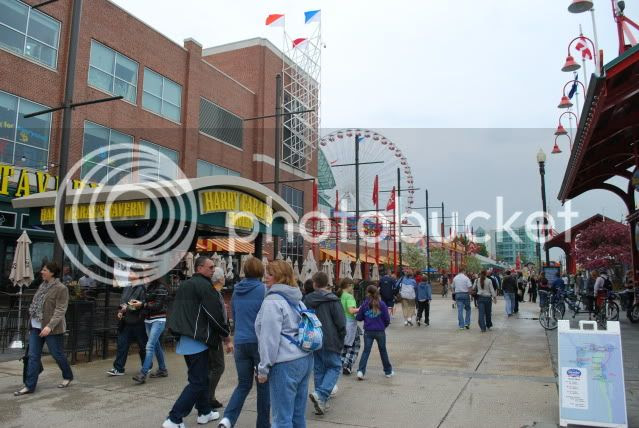 We also took a boat ride {where a bird pooped on Melissa's shoulder--crazy funny!} and rode the ferris wheel {where Melissa may have prayed for her life!}. 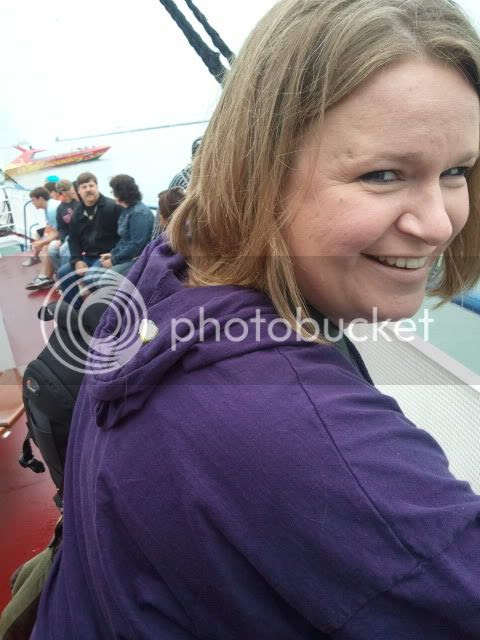 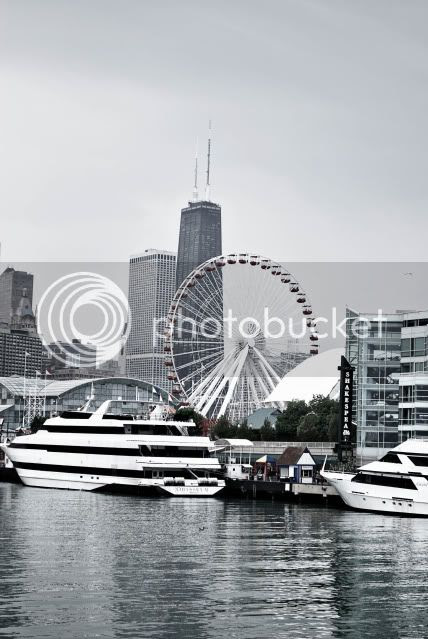 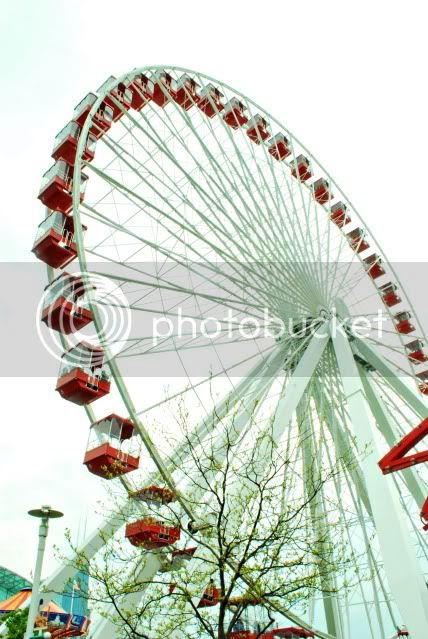 Next we headed to Michigan Avenue and had fun people watching and walking the street! 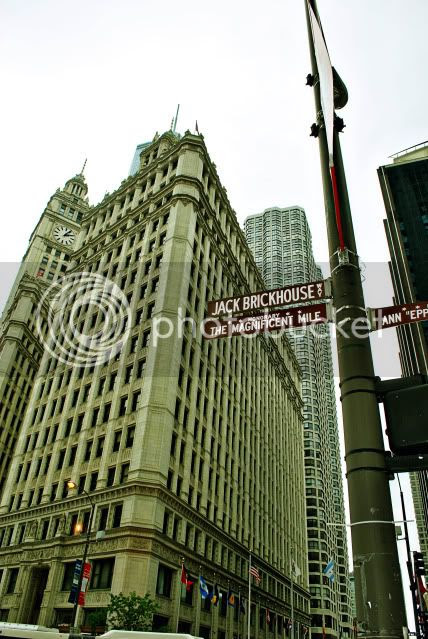 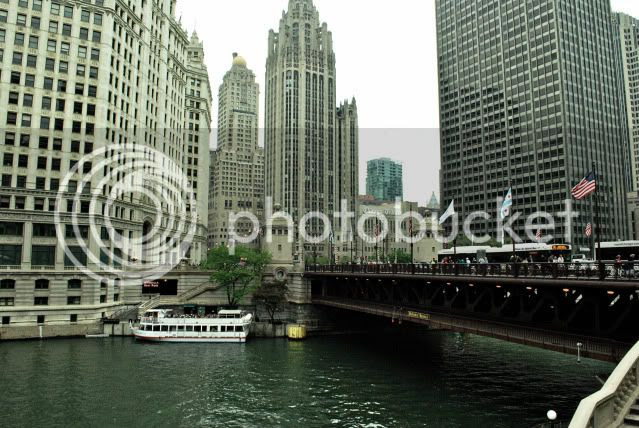 We enjoyed some street drummers and saw a couple of wedding parties. Melissa and Paige were so sweet to oblige my wishes and let me walk to one of my dream stores: the Jonathan Adler store! 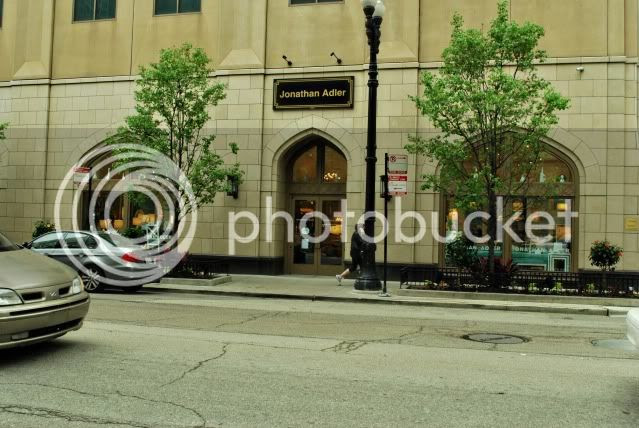 I wanted that LOVE pillow in a major way but just could not justify spending over $100 for it! Maybe someday! 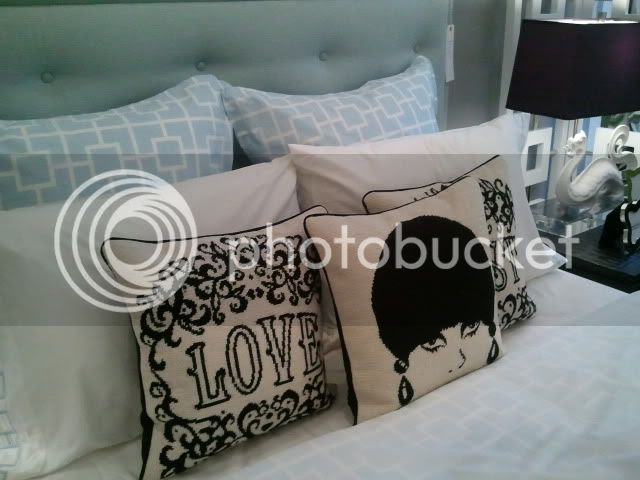 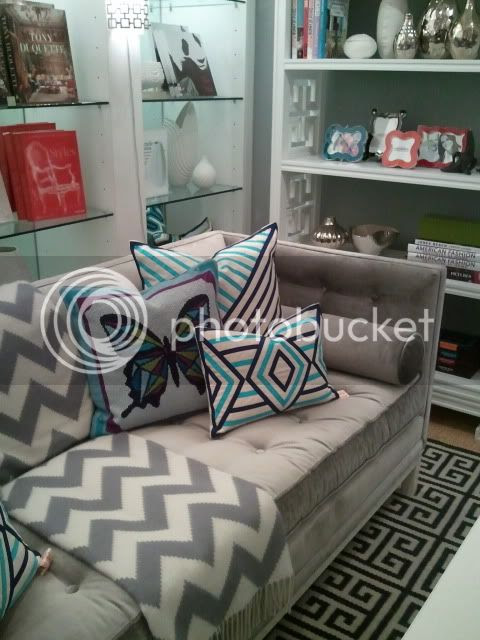 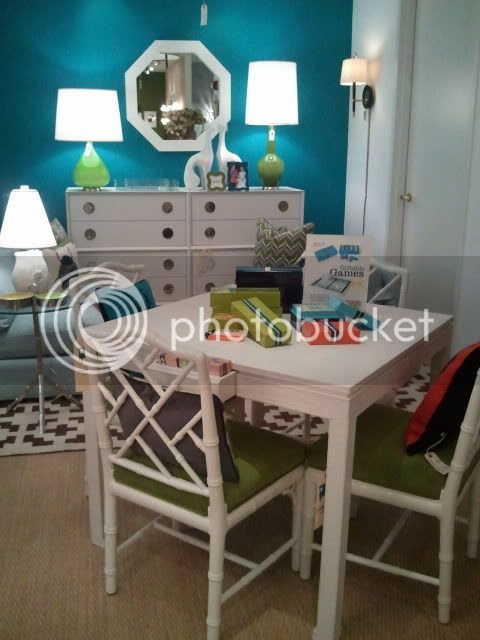 He's definitely one of my favorite designers that I look up to and compare my style to as well! He totally gets that design can be fun and colorful and I love that about him. I'm obsessed with his
design manifesto: 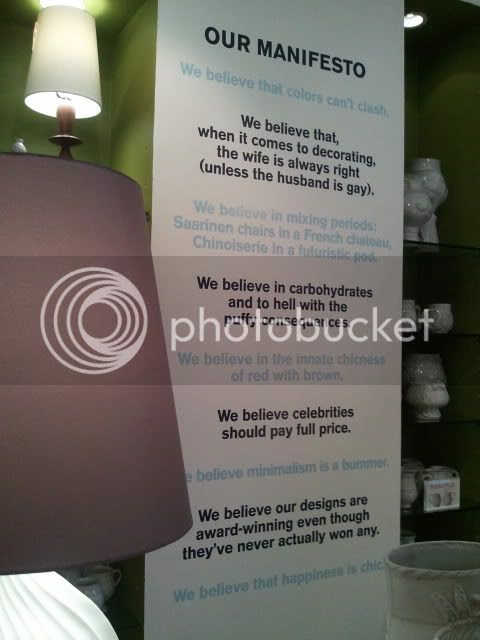 Afterwards we took a cab to CB2 so I could buy my beloved ferris wheel I've been wanting ever since seeing Emily use it on Secrets From A Stylist. So many people gave me a look as I carried that thing around town! 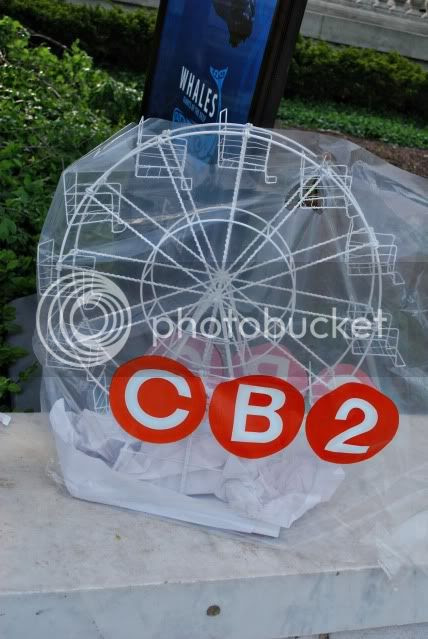 Later on we took another cab toward the Planetarium and Field Museum so that Paige could get a hot dog from a stand! I'm sure there were other places that had some but Melissa remembered this place in particular and since we hadn't eaten since morning we were all ready to chow down.
That night we came home to freshen up and went out to dinner at Carnivale. Our waiter was gorgeous {Jeannie, you would have been in LOVE!} and I had a delicious and spicy Gnocchi dish. 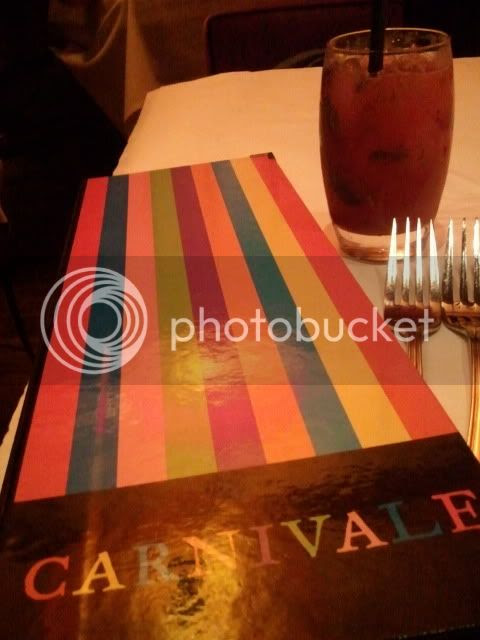 We finished our dinner with some churros dipped in some sort of sugary loveliness! 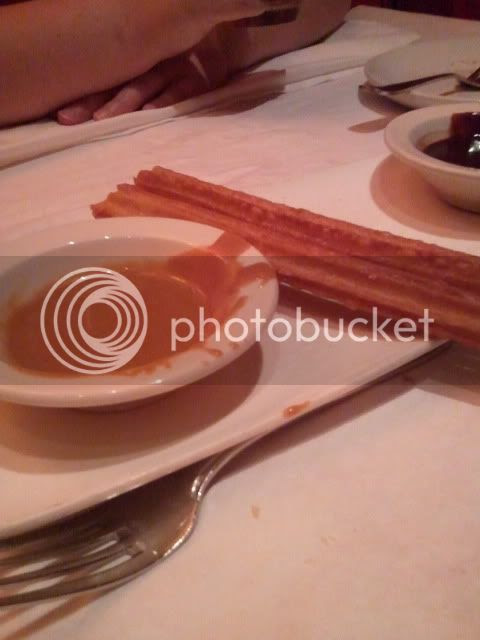 We had planned on going out that night but our daytime escapades had worn us out! We woke up early the next morning and ventured over to Wicker Park {I think?} to eat at Hot Chocolate {thanks, Cor!} and do some shopping. The hot chocolate was pure deliciousness and Paige, Melissa and I could not stop raving about it. Holy yum. ; ) 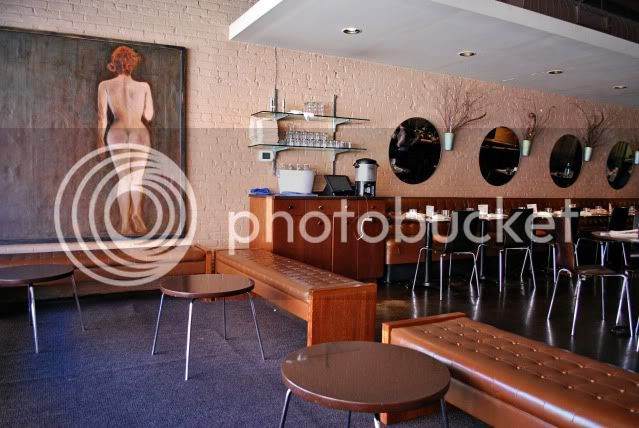 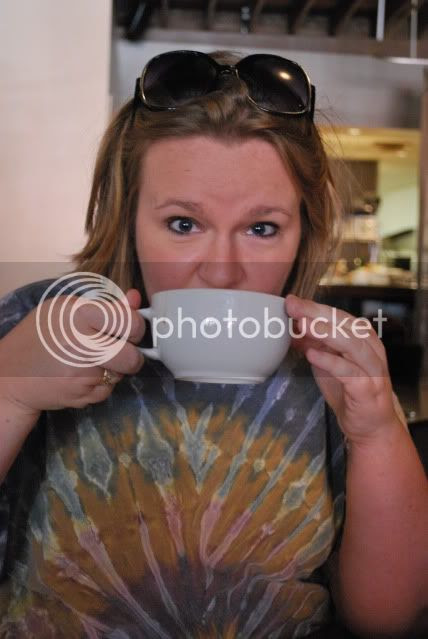 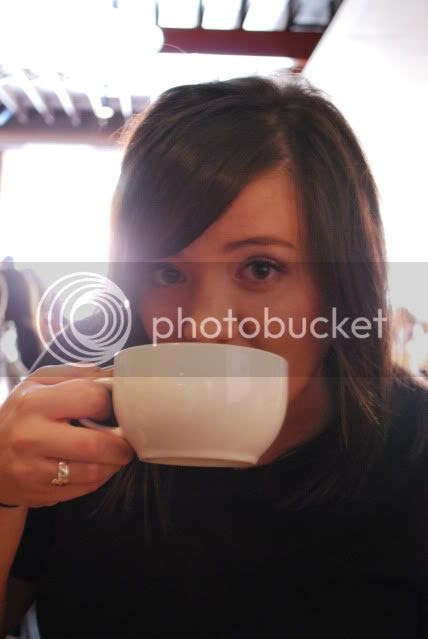 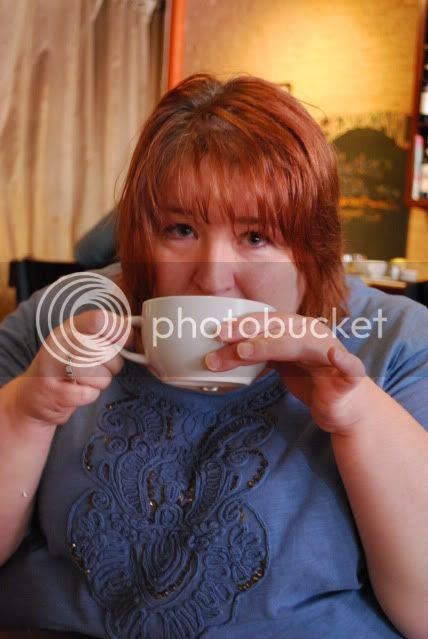 We hit up the Brown Elephant thrift store {which was kind of a let down}, took a stroll through some neighborhoods, and then headed out of the city to end our adventures at one of my beloved stores: IKEA! 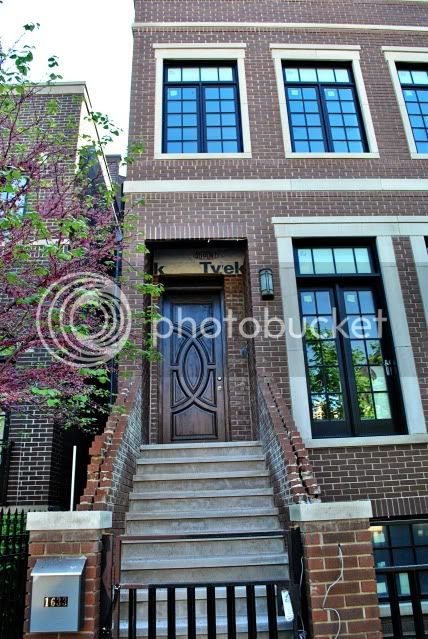 I bought some fabulous pillows {I'll share later} and some of my favorite cookies. I was super bummed that they didn't have my fig leaf tree I wanted. Sad face for sure...but I'm not giving up. Summer is just around the corner and I'm going to find that bad boy if it's the last thing I do!
I am truly blessed to have such great friends in my life and I am constantly reminded of my blessings everytime we laugh 'til we cry! Thanks, Melissa and Paige.
xoxo
Posted by Joi at 7:45 PM

Oh my lordy Joi this is such a great post! Would you be willing to send me the file of your "City of Chicago" pic? I kinda want to print AND frame it :) Do you pics come out so well because of your camera, your photography skills, or both? Pete and I are moving a week from today and I'm SO excited to finally get to express our style in our living space. I'll keep you posted with pictures - maybe you can help me decorate ;)

So so much fun AND funny. I'm so glad I got to experience Chitown for the first time with you and Mo. YES...I'm already craving THAT hot chocolate. I love that black and white of the pier. Your photos are great. I really enjoyed JA too and you KNOW how much I enjoyed IKEA! xoxo

What a great trip! I've never been, but Chicago is on my list of places to explore. Looks like you had a wonderful time.

It looks like you guys had a ball Joi. I love the design manifesto, it made me lol. Jonathan Adler is a great designer. I can of see you have a similar design esthetic. Your pics are great, so many beautiful shots. BTW I love the class room full of balloons. You must be a great teacher.

Looks like a good time you guys sure packed a lot in.

That looked like a great trip! Thanks for sharing! I finally went to cb2 in ATL and it was amazing :)

Lovely pictures, Joi!
I was in Chicago back in October of last year for about 4 days, its a lovely city. Your pictures made me remember my own trip.

LOVE your photos, Joi! Chicago is my hometown so it's nice to see where "tourists" go to visit around the city. Glad you had fun :D

What a blast!! I have always wanted to visit Chicago:)

You had me seriously cracking up at school this morning when I saw me in the bird poop picture!!!
Your pictures look great :)
I had so much fun with you guys- and we MUST go back for some of that hot chocolate!!! MUST!
Thanks for always being there for me for the good and the bad {and the ugly!}
♥

@Kate-Just click on the pic and it should take you to the photobucket pic! My pics are really just average! haha! I credit a lot of it to the settings knowing what to do and editing! ; )

I LOVE Chicago! I've been to that same Gino's pizza too. =) I'm so glad you got your ferris wheel and I can wait to see where you put it!

Man I feel like such a failure! I was in Chicago last week for eight days and I didn't even think about how there was a Jonathan Adler shop there and a freaking CB2! I am completely on the same page with you when it comes to some JA he is fantastic! I always just order things online, never have I seen his collection in real life! So jealous.

I wish I would have known you were coming to Chicago I would have told you instead of Brown Elephant to go to the antique shops on Broadway. Way more fun and I think that weekend you were in town was the opening weekend of Randolph Street Fair. You would have loved it, here are some pics from last summer when I went to RSF. http://candidkoosh.blogspot.com/2010/09/antique-market-in-heart-of-chicago.html

Also on that fig leaf plant, I got mine through a flower wholesale shop if you go to a bigger size florist they can order it for you through the floral wholesaler. A life size one costs about $80 and thats cost from them, so just a heads up.

Did you ever find a fiddle leaf fig? I'm guessing not, b/c you probably would have posted about it if so. I'm not sure it would get enough light at my house. We're on a shady lot, so there are just three windows that get light for short periods, and only one of them might be a place where a large plant could sit. But I'm curious, after reading your other fig post, about whether I could find one at my local HD or Lowe's. On a separate note, heading up to Cincinnati this weekend. Looking forward to stopping by IKEA while we're there.