I love photo Christmas cards. You'd never know it, cause I never send 'em, but I really love them! Every year I have intentions of doing some of our own, but it just never happens. This year has crept up on me as well and looks like we won't be getting photo cards out anytime soon. But, I still wanted to pose little Scout and Niko for a brother and sister pic, just in case.

I thought it'd be easy. Um, yeah, not so much. We started off like this...blurry seemed to be the theme. 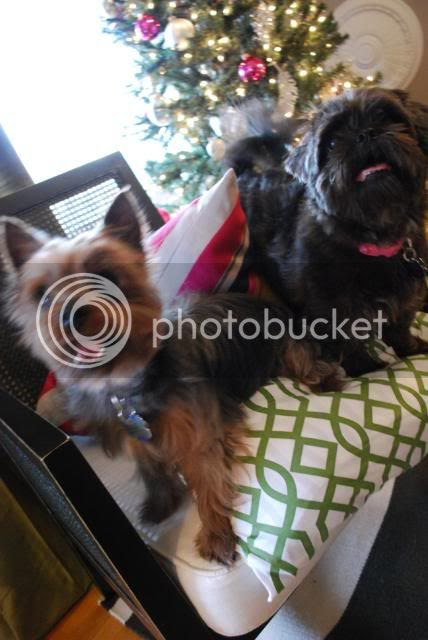 Then some barking ensued... 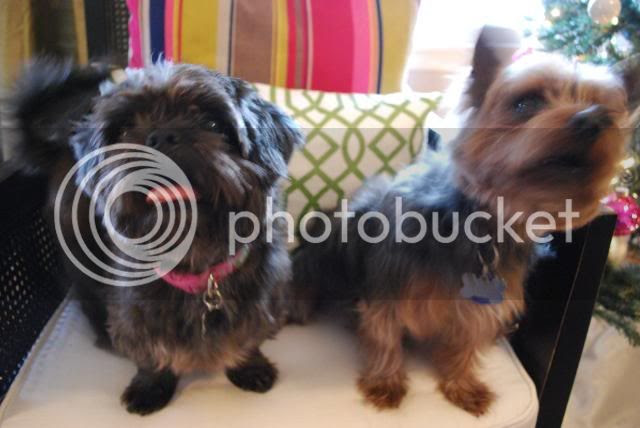 And finally they said, "Peace out, Mom!" 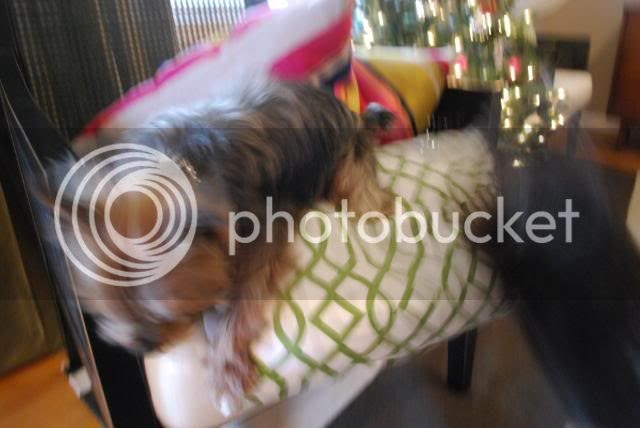 I gave in and settled for some solo pictures of my two cutie patootie pooches. Niko was definitely the easier of the two, and the most photogenic, but he's been used to having a million pictures taken of him since his birth. 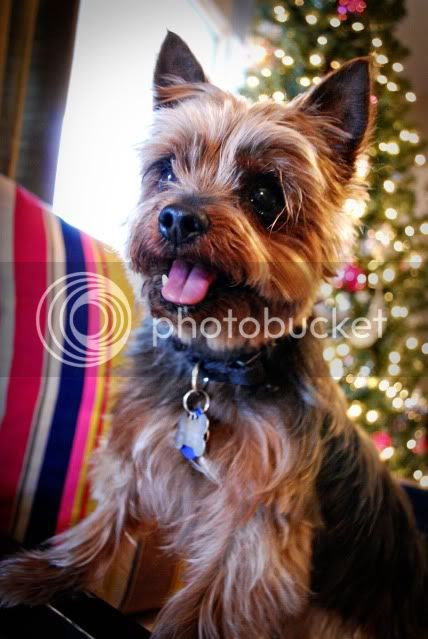 He, no joke, has the folder with the most images on our computer. Ha. : ) I can"t wait to see how I am with a human baby someday!

Scouty, on the other hand, has no idea what to think of getting her picture taken. She finally gave in a little, but insisted on laying down. She is quite the diva and the boss around these parts. 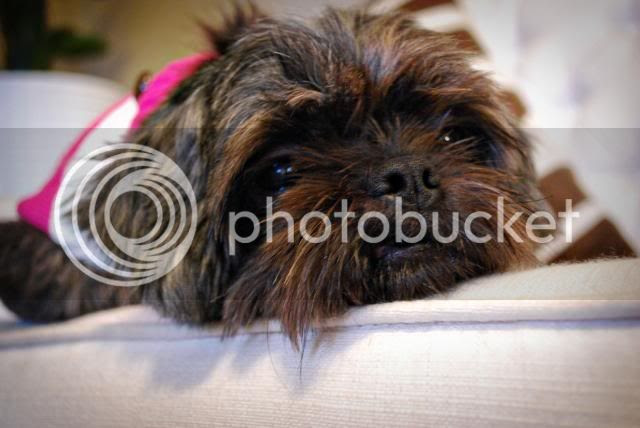 Someday I'll get a cute picture featuring both of my doggies. Someday...: )

Awww, your poochies are adorable. I love dogs!

You have the cutest pups ever! That picture of Niko is SO adorable! :)

Ah! How cute are they? I love pet pics! I usually hold a treat in my hand while I'm taking the picture and that makes mine sit still, lol. Try it!

That's too cute! They both have the sweetest faces!

They are so stinkin' cute, those two! Love how they were all over your trellis pillow.

We realized our house is a shrine to Hiro. He's pretty photogenic & kind of a big deal.......

Your pups are too cute! My dogs are the exact same way. it's pretty much impossible to get a picture with the two of them together. one is used to getting his pictures taken, and the other won't stay still long enough for me to flash the camera!

Oh, Joi Joi, they are so adorable! Eeeee! I want to give them both a big squeeze!

So cute! We struggle with the exact same thing...they will not take a good picture together. By the way....love the green pillow. I am currently sewing some in that pattern in brown for the family room.

LOL - cute. I can't imagine how long it took you to get them both to sit on the same chair long enough to take a picture. Even if it is blurry. They are so cute.

Cute! I can't even get my one dog to sit still for pictures.. so I can't imagine trying to get two!

Your dogs are so cute! I'm guessing Niko is a yorkie (I had a Springer Spaniel named Niko growing up!), but what is Scout?
Oh, and I'm new to your blog, hi!

@Theresa-Niko's a yorkie and Scout's a ShihTzu!