Yesterday David and I decided to pick up some pumpkins for carving. With only a week before Halloween to go, I'd say that the month has gotten away from us. And when I say that we decided to pick out pumpkins and carve them, I really mean just me. While David is a huge supporter and offers to stand and watch, he simply can't stand the smell nor the pumpkin guts. I finally have to tell him to just go play PS3 because he just stares and I can tell he'd rather be anywhere than near the pumpkin smell. He's relieved, I can work in peace, and we're both happy!

And, even though I thought it'd be super cute to carve them together, I realized I am pretty particular about my designs, and on second thought, David sitting this one out wouldn't be that bad. Our cute couple carving time turned into Joi cranking out 5 pumpkins of her own with support from David in the other room. Hey, whatever works, right? : )

Because we waited so late, I didn't get the pick of the litter. And, our usual trip to the pumpkin patch was just not in the plans for this weekend. So, Dierberg's it was and I am pleased to report that I am kind of digging our choices.

I had saved two images of pumpkins that I had wanted to try and duplicate and/or use as inspiration. I saved the images awhile back and I only remember where the second image came from, craftynest.com. 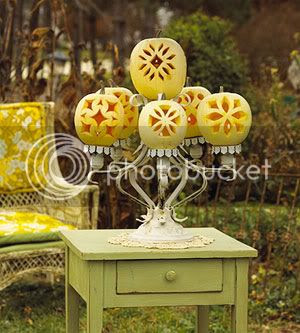 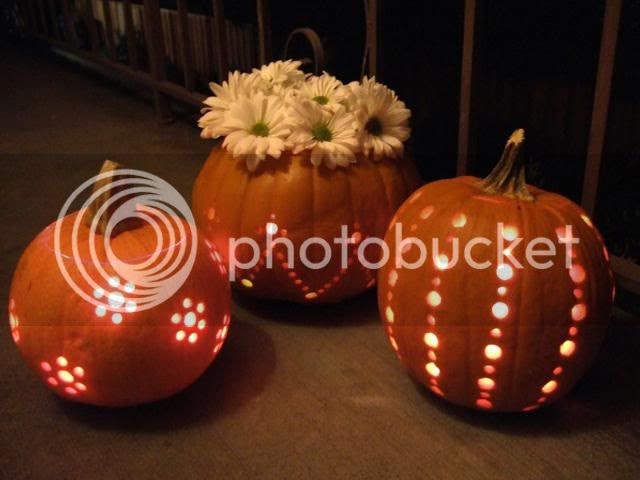 Here's our little slew of pumpkins sitting pretty on the front porch {pre-drilling and carving}. 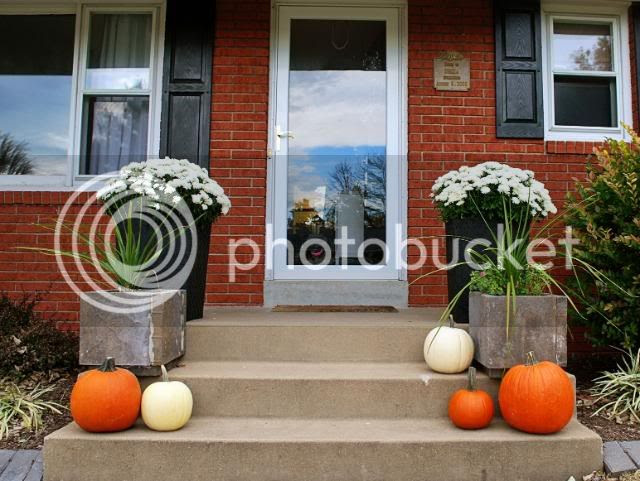 And here are the afters with flash and no flash shots. 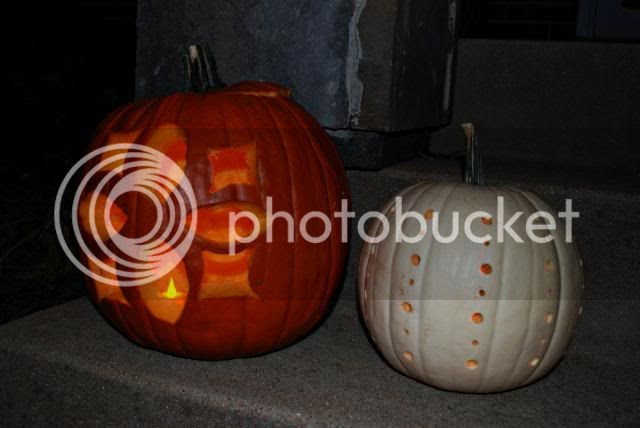 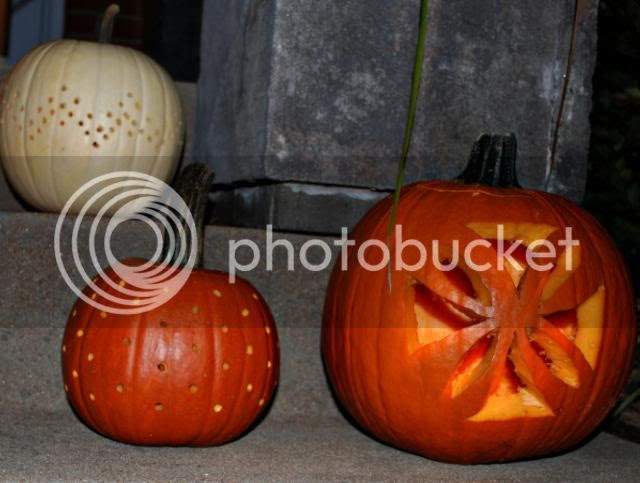 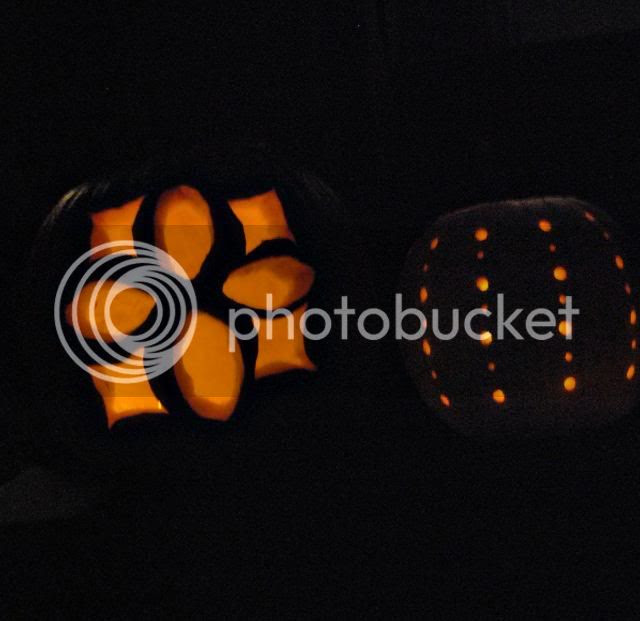 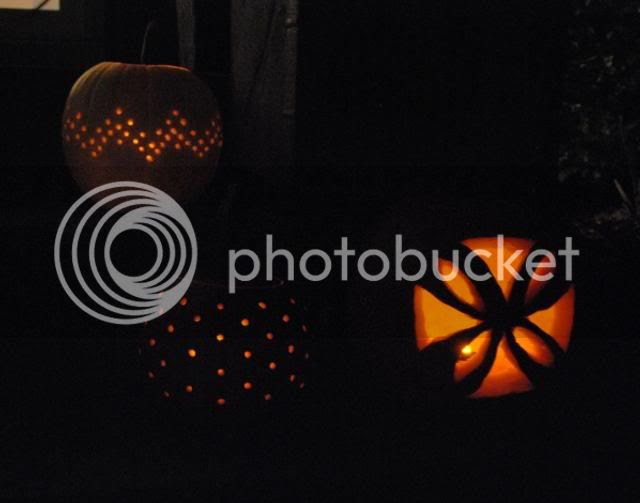 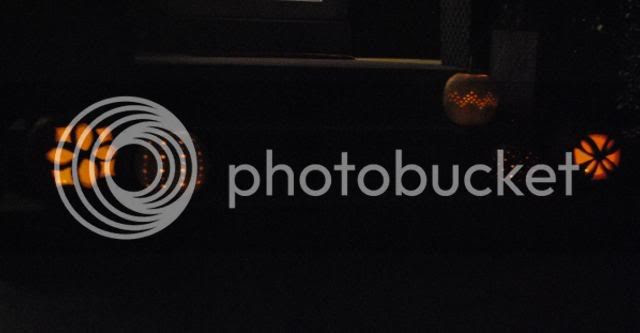 Have you carved or drilled your pumpkins yet? If so, share some of your pics with me : ).

To think I was congratulating myself for gluing some rick rack to my pumpkins! These look awesome!

Ok so I thought I was on top of things when I bought my pumpkins like 3 weeks ago. But they've been sitting on the porch since then...no cute carvings, no fun rick rack, it's shameful. Yours, however, look awesome...and just like your inspo pics. This girl likes it.

Your pumpkin carvings turned out great! I'm carving tonight. Not sure if Chris (my husband) will be able to detach himself from the PS3 or Xbox (whatever is hot right now). If the game console wins him over tonight, at least I know there will be no objection about carving Sanrio characters. ^_^

Love it!
We drilled ours 2 weeks ago!
http://www.layersofmeaning.com/2009/10/last-weekend-we-decide-to-carve-drill.html

No pumpkin carving for me, ever! I would probably end up in the emergency room! Ugh! :)

Your pumpkins look so good. Love the drilled ones.

We haven't carved yet. We may need to do that soon.

Very cute, Joi! And I see adorable, little Scout in the background. Miss you!

your pictures look just like your inspiration pictures, you can't tell them apart! Wonderful job!! =)

You just one-upped Martha Stewart, my friend!! In your face, Martha! These are magnificent. Our gourds are sitting all by their lonesome on our front stoop, uncarved.

Then the other day I noticed that a couple of squirrels did the carving for us. =]

Love this. My sister is having a pumpkin carving party and you've definitely given me some ideas.