Townsie is just a smidge over 5 1/2 months and has been a total sweetheart lately! 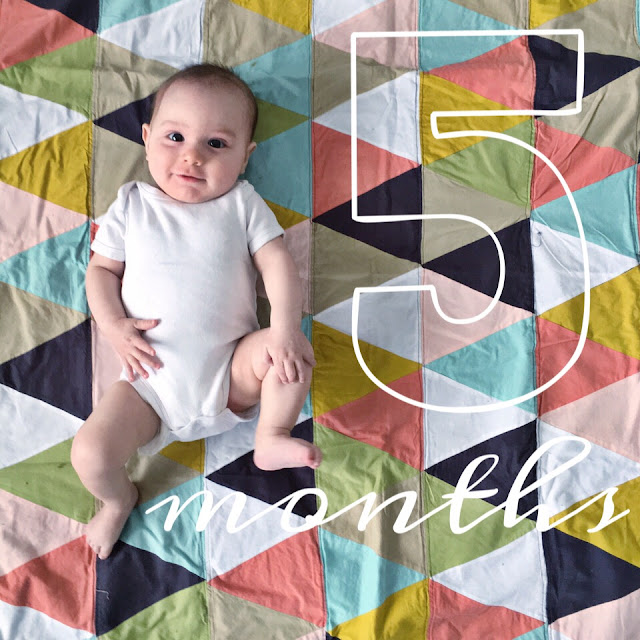 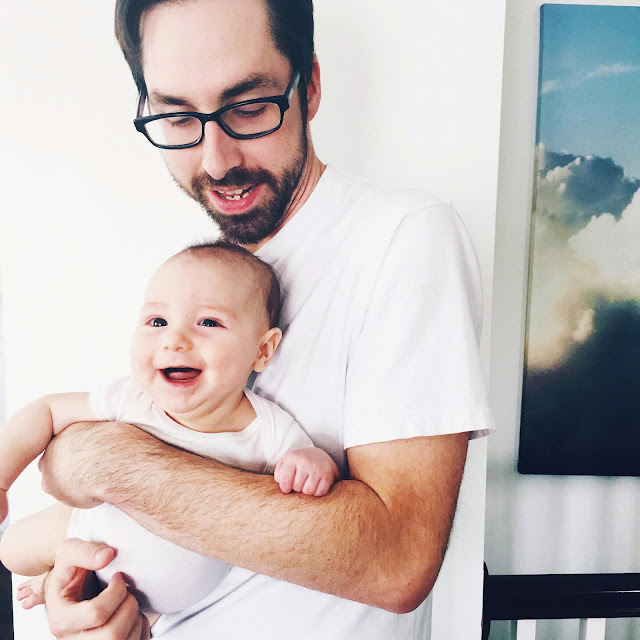 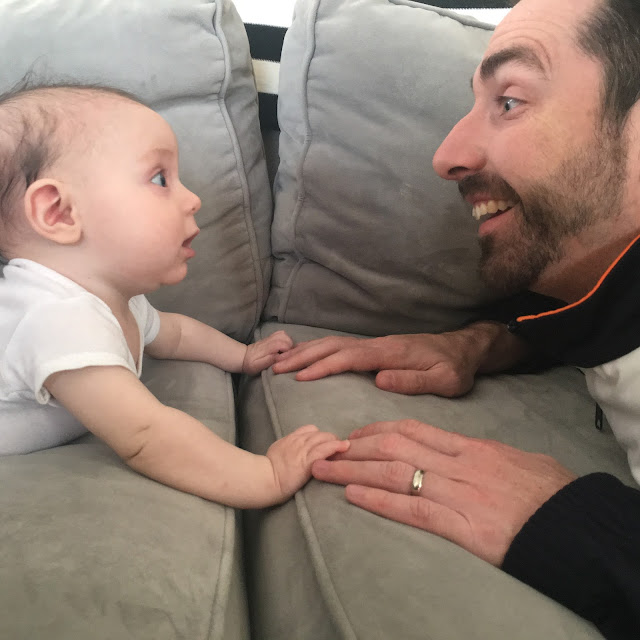 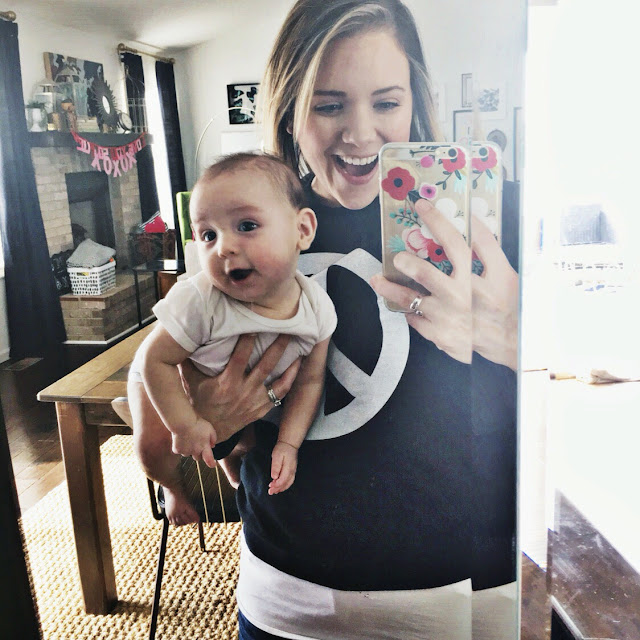 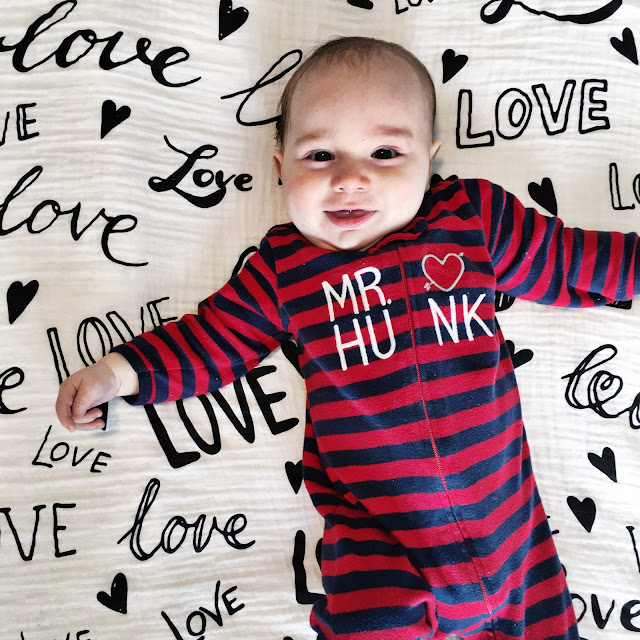 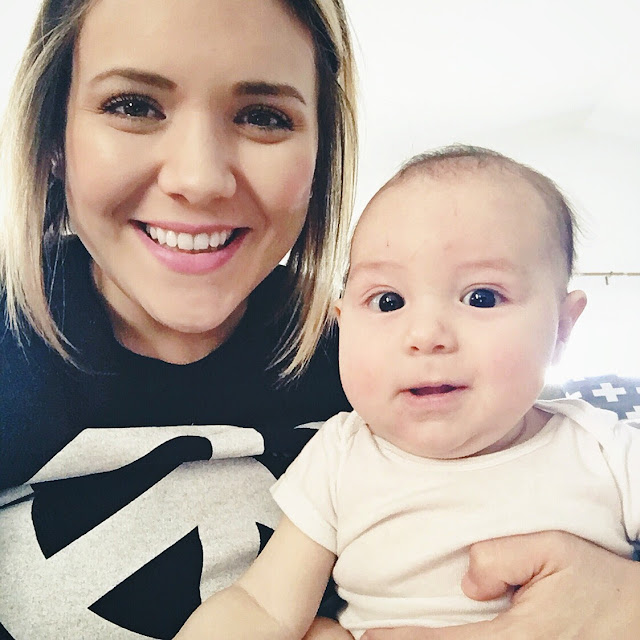 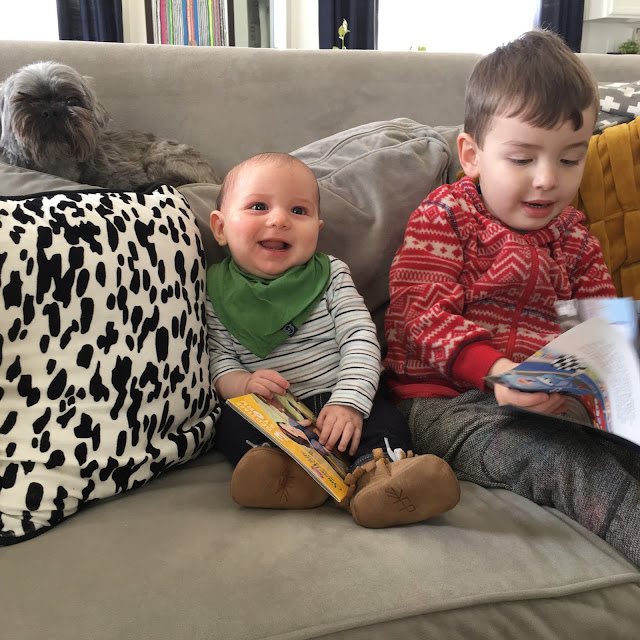 EATING
Townsie is still nursing about 6 times a day and I'm pumping twice a day at school. He usually wakes to nurse 1-2 times a night. He nurses well and is becoming more efficient since he wants to know what's going on around him. I feed him in a quiet room most times if I know he needs to eat and is getting distracted. He doesn't comfort nurse like his brother but still enjoys it. I love it this time around, too. I get all emotional thinking about it being over.

We gave him some banana to gnaw on the past couple days and he loves it! We plan on trying to do BLW this weekend! I have a chart printed out and have researched it. We'll see how it pans out! We're not going to be hard on ourselves if it doesn't work or becomes a challenge for Townsie or us! No pressure! 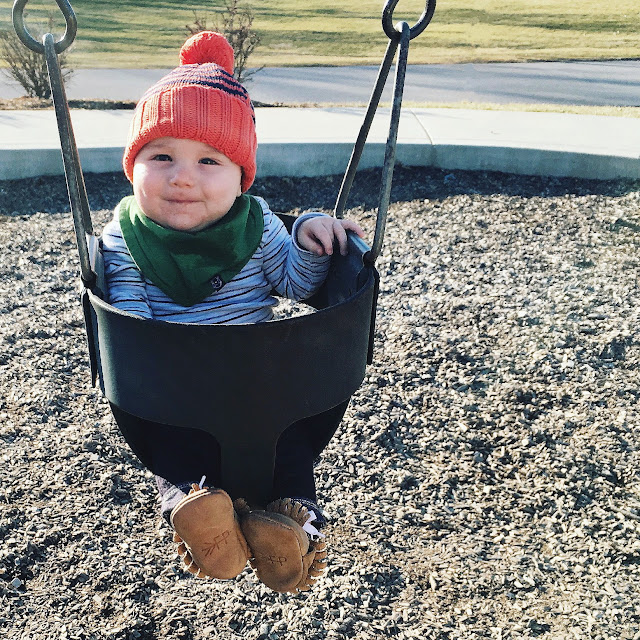 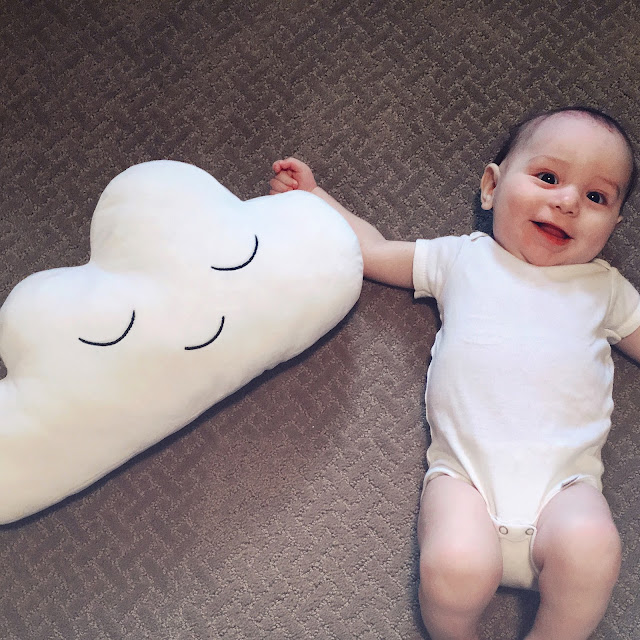 SLEEPING
Townes is starting to figure it out...I think! He semi-regularly takes two good naps at Grandma Carol's house during the week and MOST times doesn't protest too bad. They can last anywhere from about an hour to over two hours. He is finally not protesting almost at all at home as well. It makes me so much more relaxed when he doesn't cry to go down for a nap.

At night he still is pretty inconsistent. We still lay him down awake and he 9 times out of 10 goes down without a fight. I nurse him in his room, make sure he's awake and David reads a story or two to him. He takes his lovie and usually goes right to sleep. Since he can roll over he seems to prefer his belly.

The biggest pattern that I've noticed is that he has been making it almost 6 hours for the past two weeks for his first stretch. After that, sometimes I fall asleep in the glider with him and then put him back down. Even if he's awake he doesn't fight it--which is a HUGE success to me. If he wakes another time is really a guessing game. 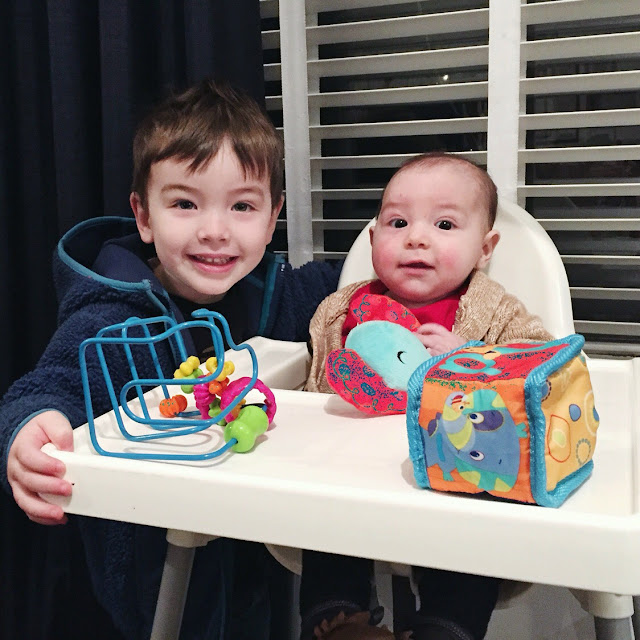 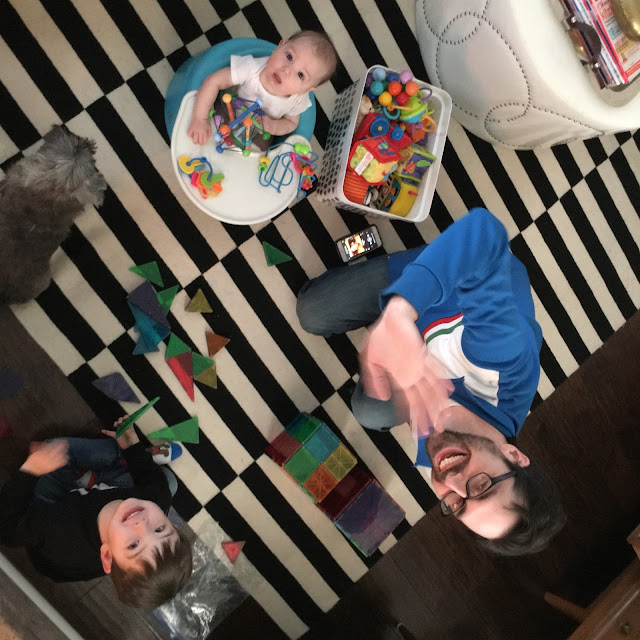 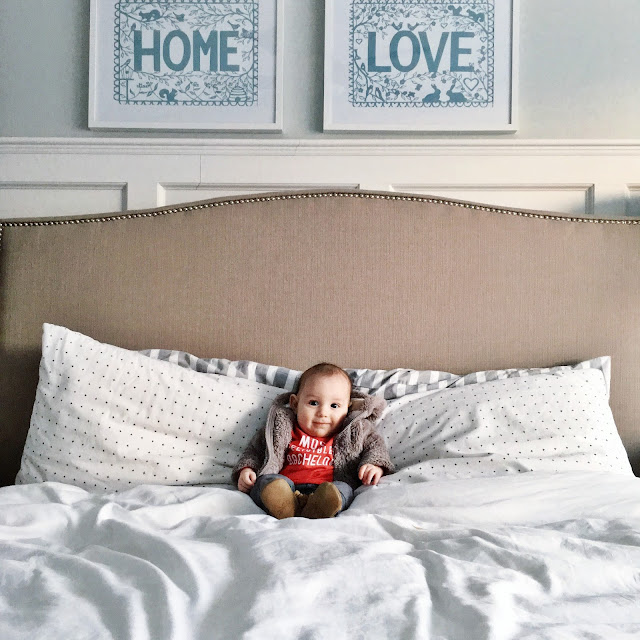 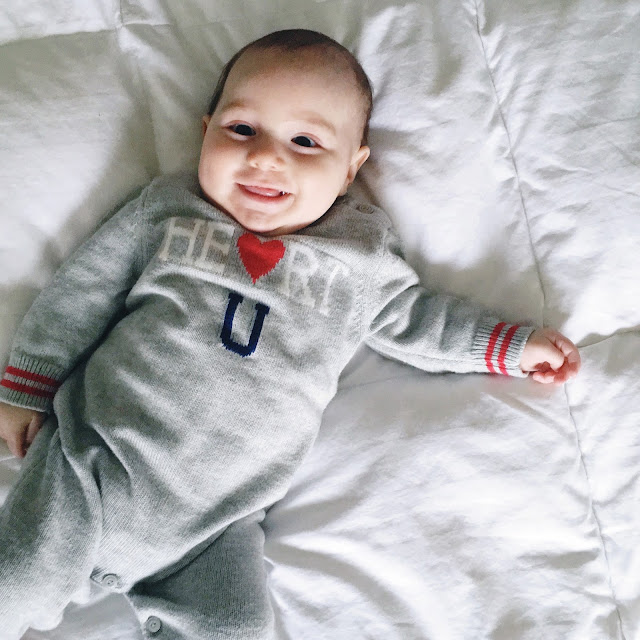 PARENTING
As the months go by I feel like this momma of a baby thing gets easier! I'm confident the more sleep you get the better you feel thus the more energized I am! I am staying up later at night and doing things like blogging, spring cleaning, catching up on Teen Mom and Real Housewives and pampering myself which makes me feel like me, ya know? I know that even if he wakes before midnight, we will let him CIO, and I'lll go in there if need be after 5 hours. Knowing that I'll get sleep is so relieving.

Townsie, thanks for being patient with us as we navigate the parenthood waters! We love you and your little grin so much!

Your blog is very impressive and have the useful information it is really caught my attention.