3-6 Months: My Baby Must Haves

Can you believe my little Theron is almost 6.5 months old? In some ways it seems like time has flown by and at other times I feel like he should be a teenager already! You already know that he wasn't the easiest of babies and that I did not have the easiest of beginnings with being a momma of an intensely fussy baby...but, it's all getting better. Day by day. Minute by minute. Breathe by breathe. I have survived and will continue to survive and remind  myself to be thankful for the good and the bad.

I tell you, having a baby really threw a curve ball at this type A, control freak. Ha!

And now we're here; we're closer to one year old than the newborn days. Crazytown. I thought I'd whip up a little post to let you soon-to-be mommas know some of my faves from this part of my baby raising experience.  I'm sure it's different than some, but invaluable to David, Theron, and me. 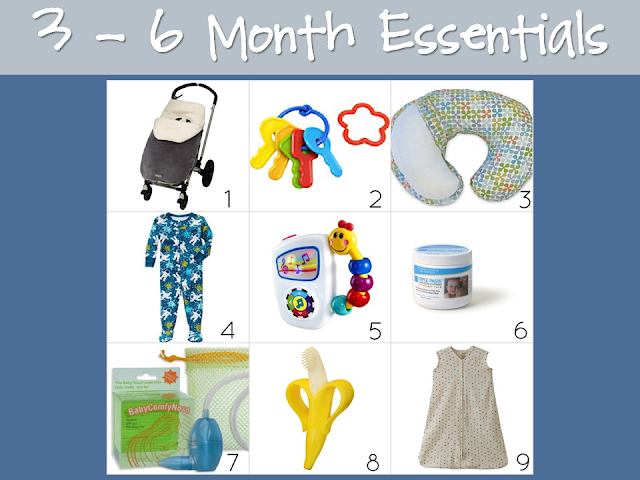 1. JJ Cole BundleMe: In the first four or so months of Theron's life we would take him on walks and pray that he would calm down.  Now, we take him on walks because he enjoys them! Yahoo! Since it's getting cooler, this bundleme has been wonderful.  We don't have to worry about T getting too cold and he looks so dang cute all snuggled up. 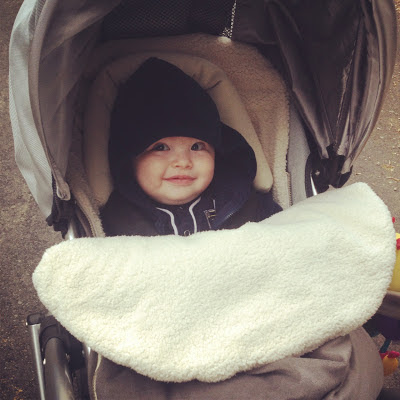 2. Learning Curve First Keys:  I think somebody got us these keys at our baby shower and I am SO glad they did.  These have EASILY been Theron's favorite toy for the past couple of months.  He puts part of them in his mouth and then plays with the others hanging out of his mouth.  --> I should also add that my grandparents bought this tambourine for T and he ADORES it. He immediately grabs for it at their house and it is clearly his favorite toy in the bunch while he's there. 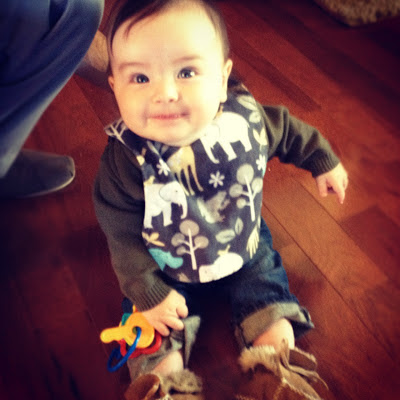 3. Bobby Pillow: This was in my original favorites and it has still been a must-have in my book.  I know a lot of women don't favor them but I definitely do.  I am still nursing Theron so I use it all the time during his feedings [multiple night feedings are still going down in this household--bummersauce].  We especially use it on the floor since he is sitting up on his own to catch his [likely] stumble.


4. Zippered Sleep 'N Plays: This may be a no-brainer for some of you smart ladies out there but I had no idea.  I thought all sleepers were created equal. I was wrong.  I am definitely a fan of zippered sleepers because they are so much easier to get on and off of a wiggly kid.  I like letting T hang out in these and he also wears one to bed under his sleep sack.

5. Baby Einstein Take Along Tunes: Theron has been a big fan of this for a couple weeks now.  He loves the lights and vibrations and also tries to put it in his mouth.  It keeps him pretty entertained.

6. Triple Paste:  Those moms that say their kiddos never had diaper rash are lucky ducks.  Theron has extremely sensitive skin and we pretty much use this stuff for every diaper change.  Not to mention we think we're battling multiple food allergies that often cause his nether regions to become inflamed.  We are big fans of this paste over the others we have tried.   It works as a preventive and healer.

7. Baby Comfy Nose:  Like I mentioned above about the probable allergies & diaper rash, Theron has also battled a stuffy nose since birth.  Besides the hospital grade syringes {which are the absolute BEST} I have found this comfy nose to be better than the Nose Frida.  Many disagree but I think the comfy nose is softer and fits T's nostrils better.  I don't think it's gross at all and actually kind of like sucking out his boogies. Yes, I just went there!

8. Baby Banana Toothbrush: Theron got his first teeth in his fifth month and was a chewing machine.  I read about this little training teether/toothbrush on Amazon and ordered it right up.  T absolutely loves it and he looks adorable chomping on it! 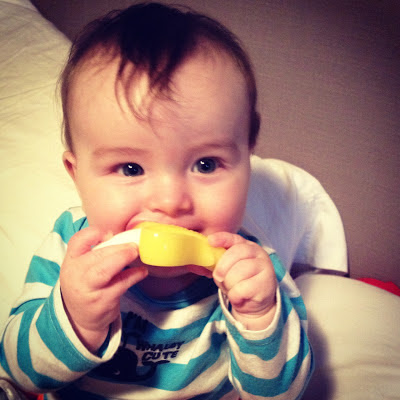 9. Halo Sleepsacks:  Once Theron started breaking out of the swaddles we immediately switched to sleepsacks.  These things give David and I a peace of mind that T won't get entangled in blankets in his crib. 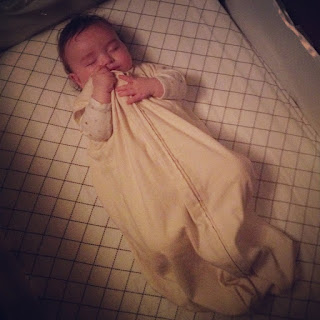 The links are not necessarily for the places I purchased these items from but rather just a link for you to read up some more on each product.  I'm sure you could find them in a multitude of stores at a variety of prices.

I hope these helped somebody!

I used the NoseFrida on my boys as well, I don't even care how "gross" some people think it is! When you're desperate to help your baby feel better, you'll do whatever it takes. :)

This is a great list! There are some things I haven't needed to use (no diaper rashes, super stuffy nose) but you never know what the next baby will bring! Looking forward to seeing what else you favor as baby T grows!

I totally agree with you about the zippered sleepers. Why do they even make them with snaps? I gotta check out the banana brush and the Einstein toy.

i'm sure you hear this all the time, but theron seriously is one of the cuuutest babies i've ever seen... he's seriously ADORABLE.

hope you're all doing well.

hope you and theron are well! aston's on teeth five and six... his spiderman brush isn't getting the job done so i may check out that banana.