Oddly enough, Theron's, David's and my summer break all started on the same day! We have a glorious 2 1/2 month vacation to spend doing whatever our hearts desire! It's seriously one of the greatest feelings in the world.

We kicked off our summer by hitting up a carnival and stopping by an ice rink! 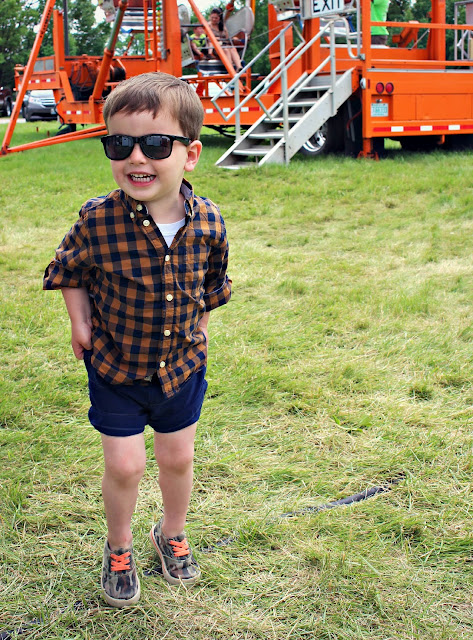 Theron absolutely loved riding the rides at the carnival -- a much improved attitude from a year prior. His favorite ride was the tractors [naturally] because they went the fastest. Oh, my little speed racer. 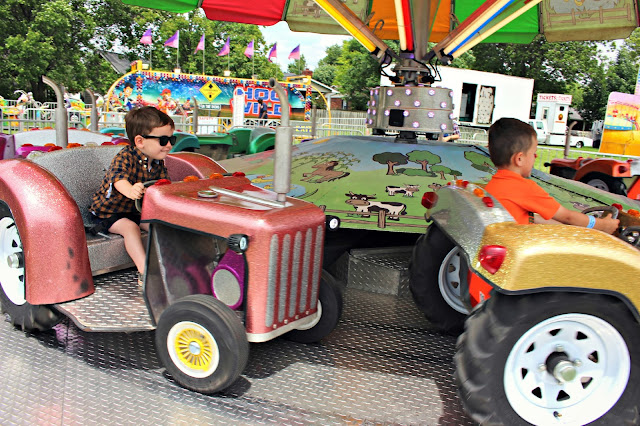 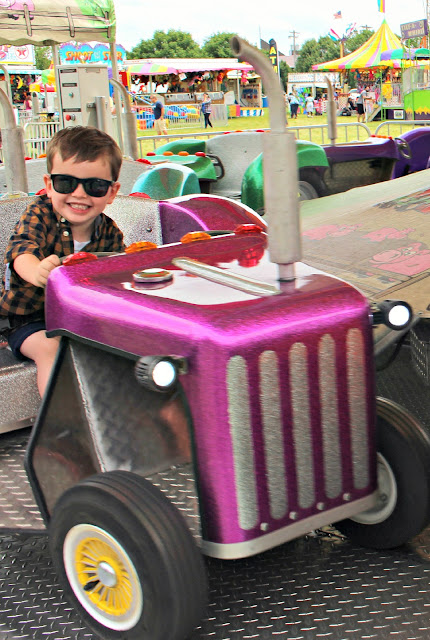 I love how he leans into the turn. I'm pretty sure he thought he was in charge. No change there. 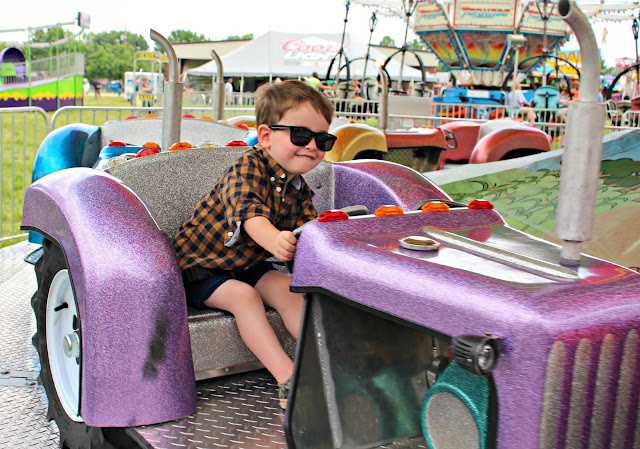 He loved the choo choo train, too. But that thing went at a snail's pace so there were no double/triple rides to be had. 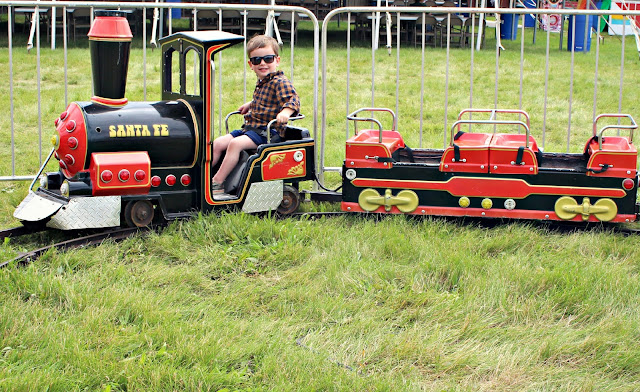 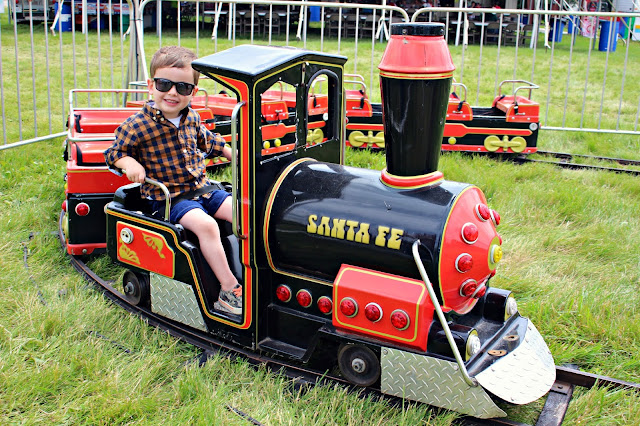 He's pretty obsessed with motorcycles, or "mo-co-cos" in Theron Drake speak, so this ride was an obvious favorite...still not fast enough for our little guy, though. 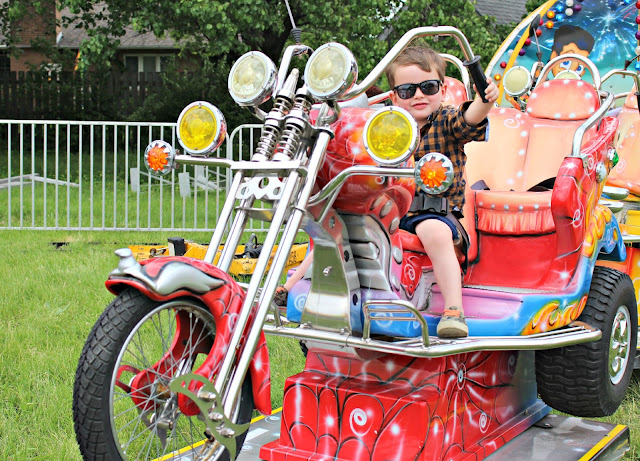 His last ride was this flying turtle and he almost got kicked off for putting his legs over the edge. Only my son! 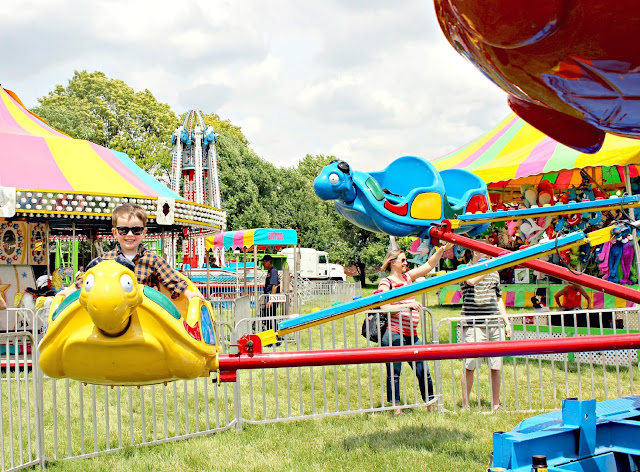 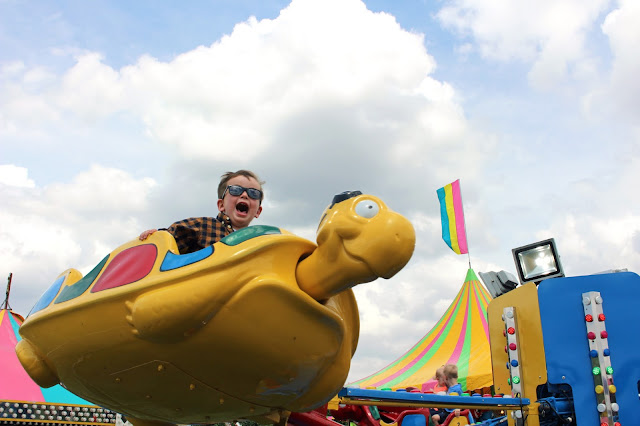 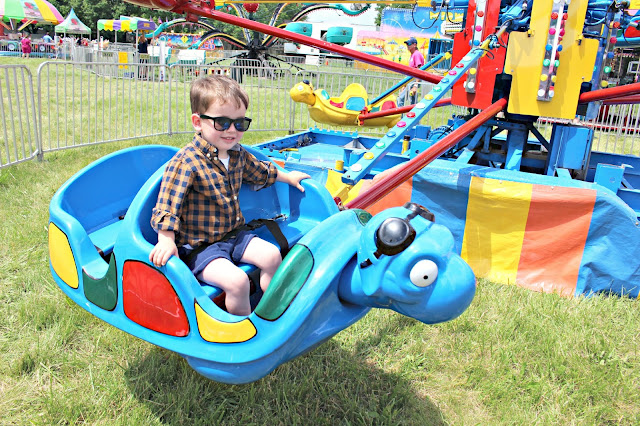 I would've enjoyed a ferris wheel ride, but a quick pic in front of it was all that was tolerated. Always next time--in a few weeks! 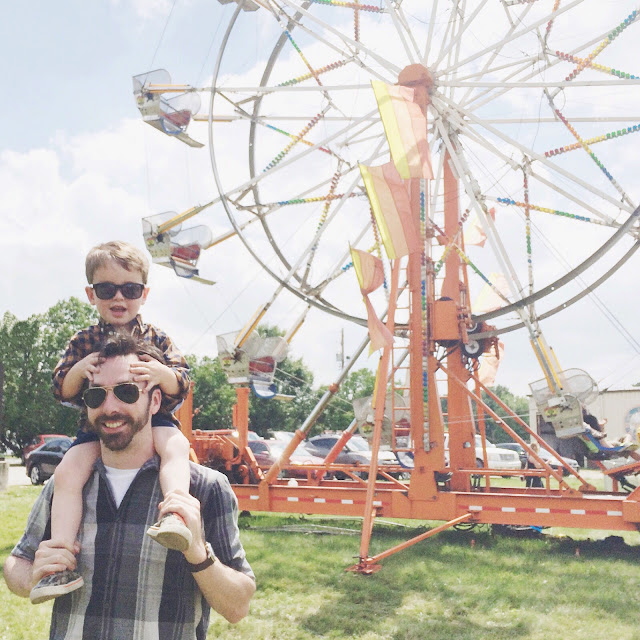 I'm so glad we decided to make this trip and I'll never forget the joy my little guy felt that day! Seeing your kiddo so excited is, I'm positive, the best thing in the world! 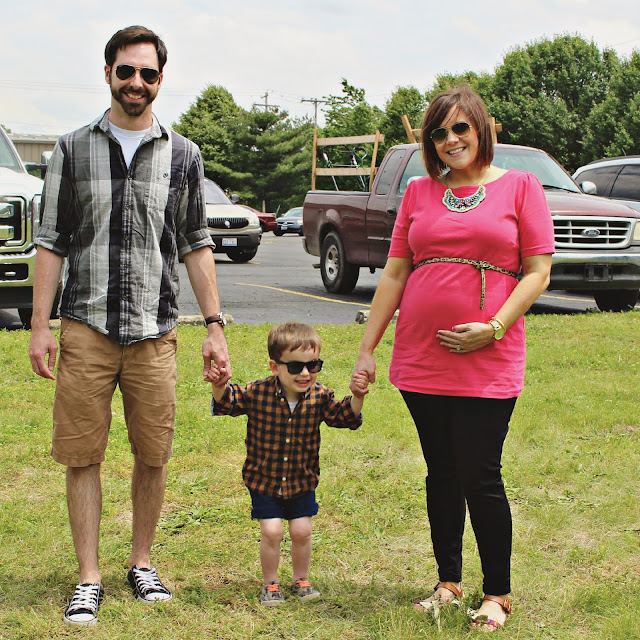 We also are so lucky that we have VIP access to a local ice rink because my father-in-law works there.

Theron wasn't too keen on the idea of lacing up but he did allow his father [former hockey player] to take him for a spin around the rink. He loved playing in the rink and watching his Daddy and Auntie [former figure skater] have some fun. 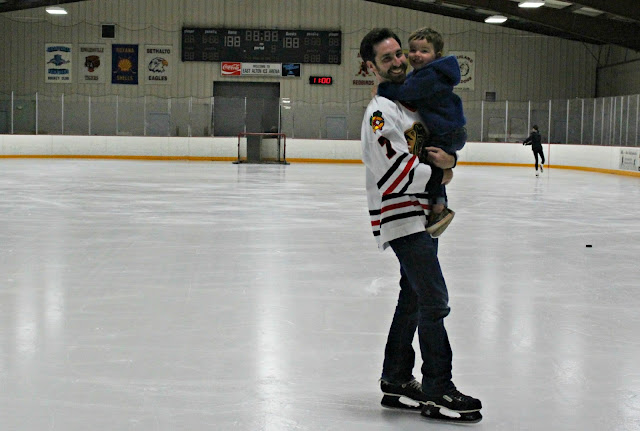 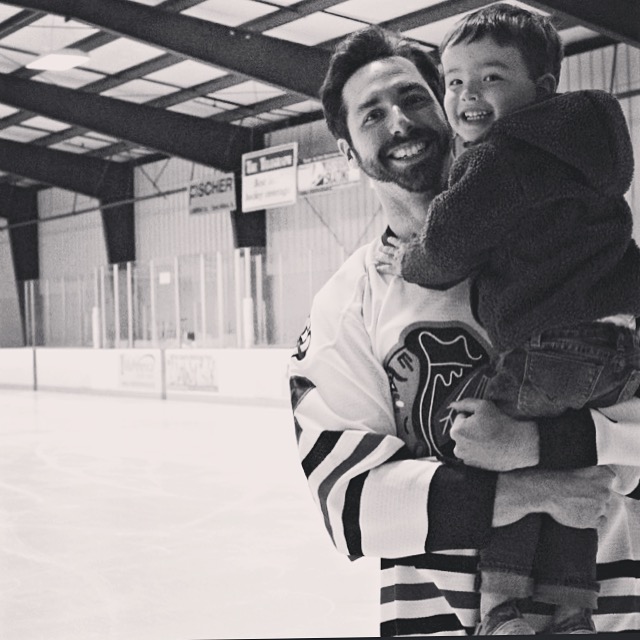 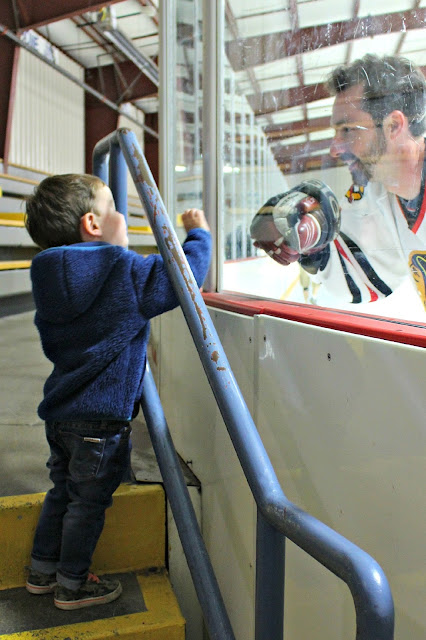 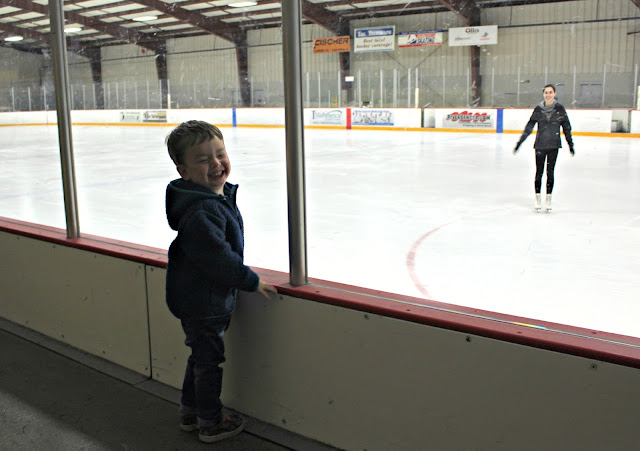 Congrats on your new addition coming! When are you due? How is your son reacting?