This Is So The Happy Place

I seriously love Lauren's blog, A Lovely Lark.  I don't know how one woman finds so many beautifully whimsical things but she manages to do it every single time.  Her design aesthetic is captivating and I promise, if you aren't already reading her blog, you will be after this post.

A few years back she was offering free design boards [I mean, who does that? She's that nice!] and I took her up on her offer.  She created a party design board for me while I was helping plan my sister-in-law's bridal shower.

Most recently I was inspired by one of her room mood boards to get my DIY on.  This sweet little girl's room had me at hello with that word art.  I needed it.  Craved it. [Yes, I know I'm dramatic.] 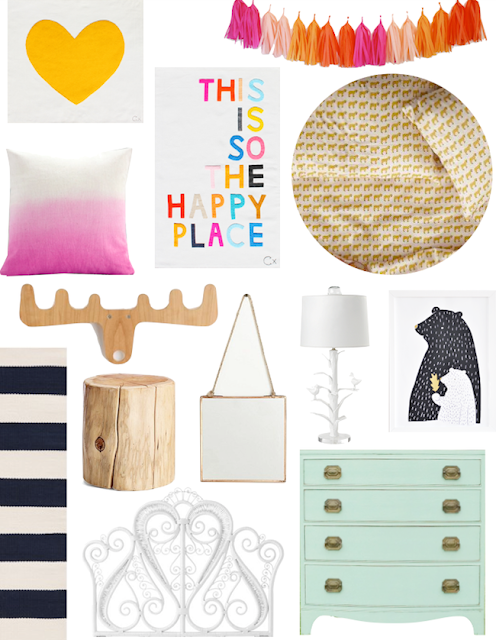 Her post led me to a specific website [that does not want me to be mentioned--long story!], where I fell in love with most every thing on it.  The Australian designers are so creative and have some major talent.  The price tags though? This cheapie couldn't afford 'em.

But I got to thinking.  I could totally recreate this piece in a copycat DIY just for our own personal space. I know I thought I was heading more neutral and sophisticated with this home, but how could you say no to this piece? It's so me. And I obviously keep being drawn back to these types of pieces. Whatever makes you happy, right?

Here's how I made my version:

First thing I did was settle on a font and size that I thought closely resembled my inspiration. 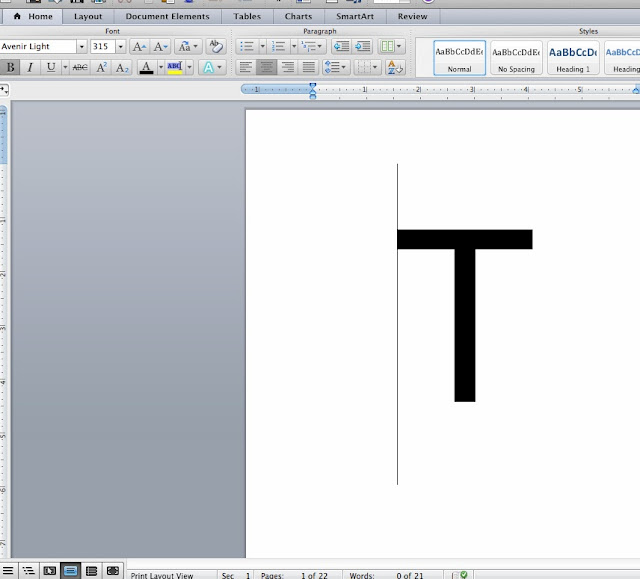 I had previously bought a 22x28 poster size frame and knew this piece would be perfect in it.  I had originally tried a larger font but it was too big.  Size 315 was just right.

I then took about 2 hours while watching late night TV and cut every single letter out with some super sharp scissors. My eyes were crossing when I neared the end. 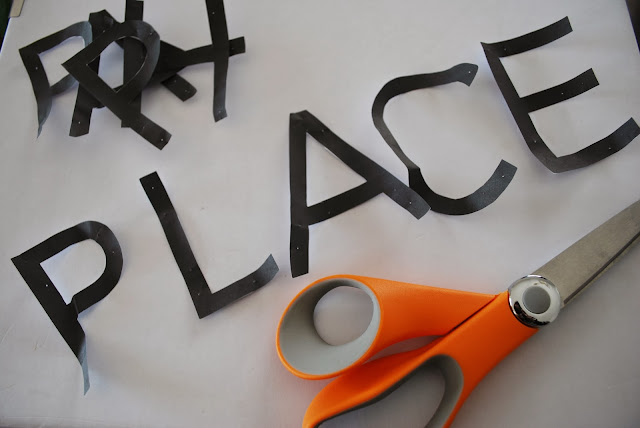 On Saturday we took a trip to Michael's and I matched the felt as best I could to the original piece. 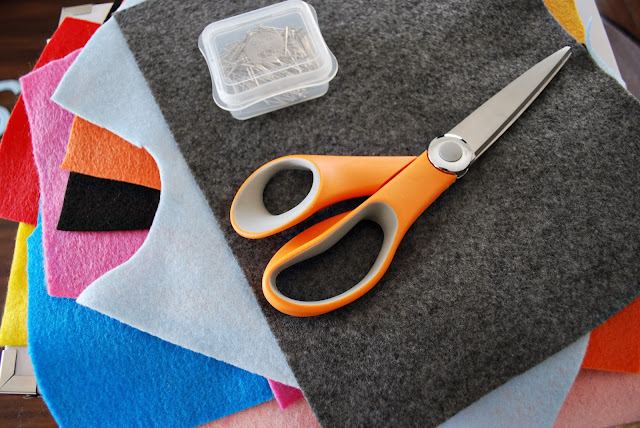 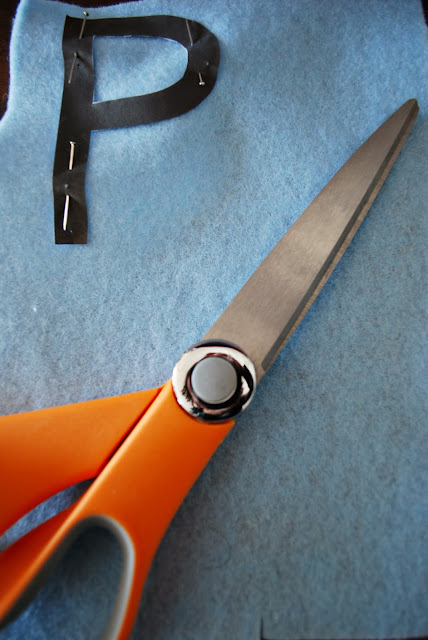 Sharp scissors was a definite must have for this project.

Once all the letters were cut out, I placed them on the frame's cardboard backing that I had wrapped in a linen fabric from JoAnns.  [Which, by the way, I stood in line to get said fabric for almost an hour on a weekend night with a toddler.  Not the brightest of ideas.  Thankfully, David was there to entertain T with his newly found cans of Scotch-guard.  I can't make this stuff up.] 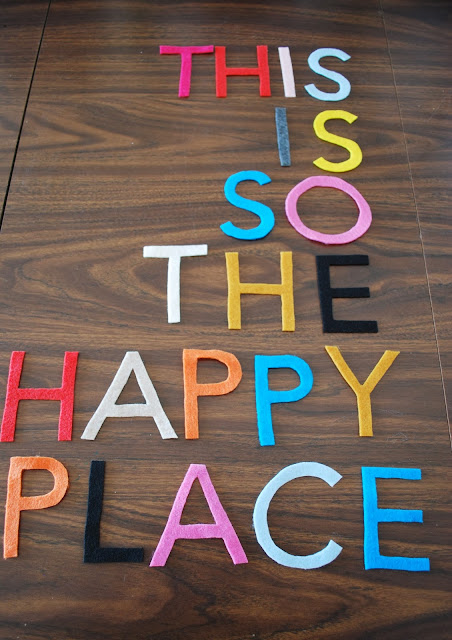 I used fabric glue to adhere the letters to the linen fabric and let it all dry flat over night.  Since I was working with a poster frame the glass was actually a plexiglass that I ended up cracking.  My strength was too much for it, I suppose. [I fail miserably at sarcasm, guys.] 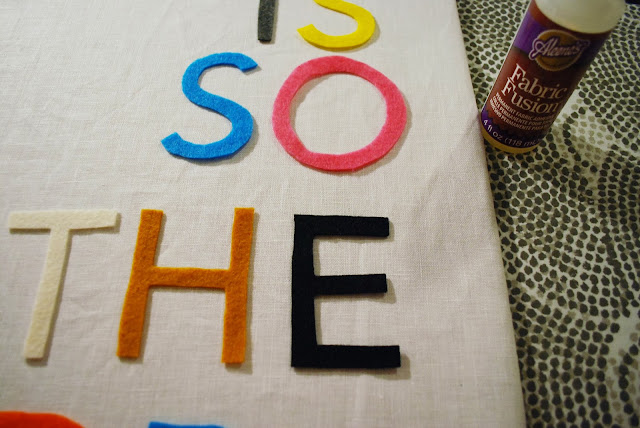 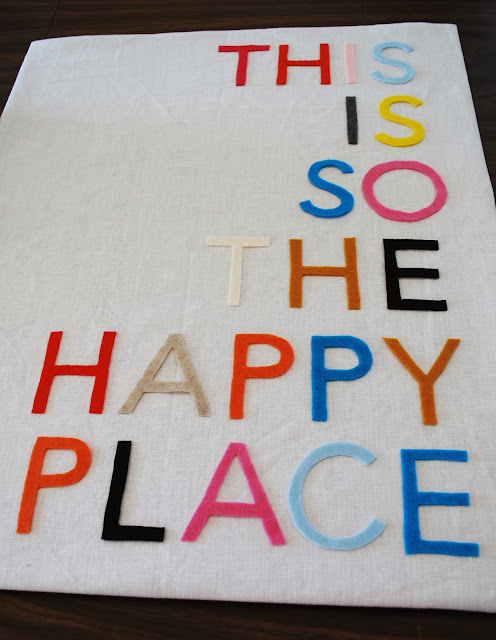 Since the plexiglass was broken, I decided to just leave the piece without a cover.  Almost as if it was needlepoint or yarn art.

I don't know if that's the best idea for down the road, but for now it seems to be just fine.
The only thing I have left to do is hang it.  And maybe spray the frame gold.  Nothing is safe in this house from gold spray paint or gold rub 'n buff. 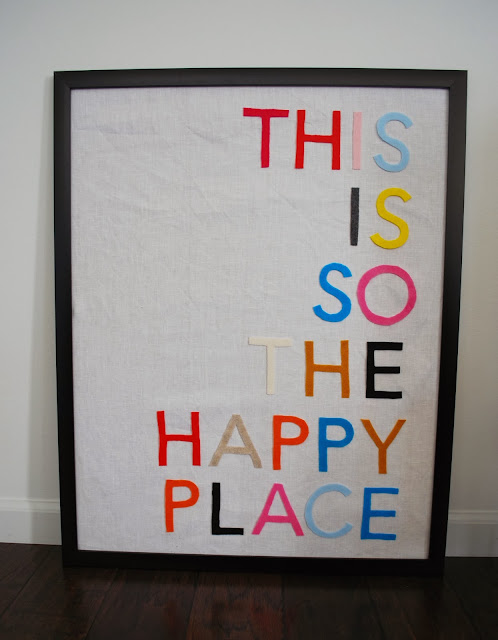 Still working on this living room of ours and maybe someday we'll have some update pictures to share!
[And as I just hit "preview" to check my spelling in this post I noticed how this DIY resembles the header of my blog.  Guess it was meant to be.  :-) ]

Thanks for stopping by!

That looks awesome, Joi! Definitely one of this situations where it pays to put in a little work to save you money. I can't wait to see it hung! Also, have you heard of a rotary cutter? Something like that may have helped you speed up the cutting process- on your straight lines anyway! I don't think I've use a rotary cutter on felt (so you'd have to experiment) but I've used it on tulle when making a tutu and it's a life saver. :)

I ADORE this diy!! I can't believe you hand-cut each one of those letters! They look machine cut. You sure do precision well. Happy place, indeed.

SO cute!! I love this idea!! I can't believe you stood in line for over an hour though, with a toddler. You are brave- so brave!!

Joi, I can't believe it! I made my own version of a Rachel Castle piece about two months ago!! I even took pictures because I thought I might manage to find the time to do a DIY post. I have a little secret for cutting shapes and letters out of felt. I'll have to share it on IG. I love yours!!!! Amazing job cutting out those letters!

Makes me want to do another.

I love how this turned out! I'm completely drawn to the bright colors too.

It looks awesome!! You have my wheels turning on how I could do my own DIY version!! Thanks for sharing!!